We can't overstate Evelyn Cheromiah's importance. She brought an almost moribund tradition back to life. In the early 20th century, Laguna's men were working for the railroad, bringing home comfortable incomes. The women no longer had to spend long days at the railroad station selling pottery to tourists, so they stopped making it and, if they wanted pottery, they bought it from Acoma. Then, in the mid-20th century, Laguna had a uranium mine, with more employment for men and women both. Pottery was largely forgotten, but Evelyn Cheromiah swam upstream. In the 1970s, she got a Federal Grant to teach pottery-making at the Pueblo. There still aren't a lot of potters working at Laguna, but there are some great ones. Without Evelyn Cheromiah, we probably wouldn't have artists like Calvin Analla, Gladys Paquin, Michael Kanteena and Max Early.  Our co-author John Blom felt so strongly about Evelyn's importance that he dedicated Southwestern Pottery, Anasazi to Zuni to her along with six other potters who revived almost-vanished traditions. Largely because those potters led the way, we have dazzling contemporary work from places where the art had nearly died.

Take a close look at this one. It's is an excellent piece in superb condition by a truly important potter who's no longer with us. The price is deceptively low because we got lucky at an auction. 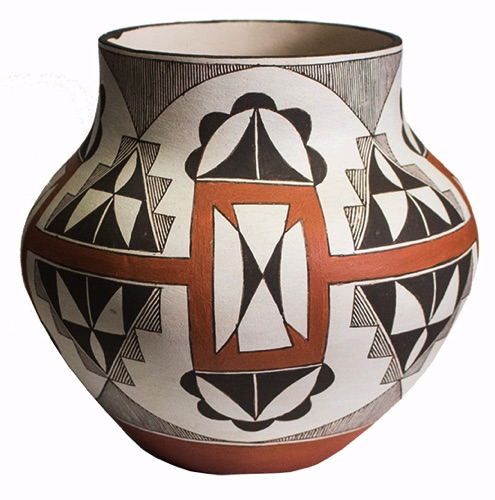 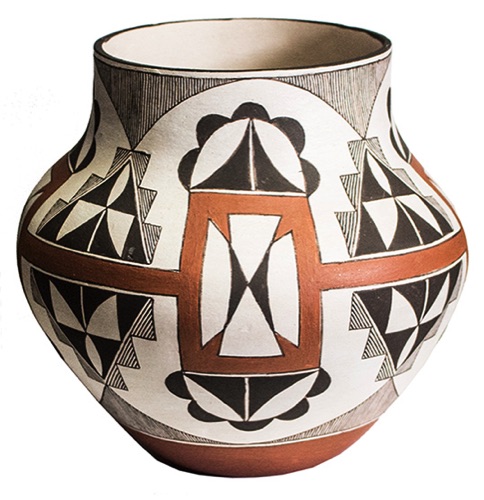 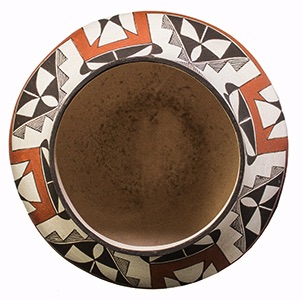 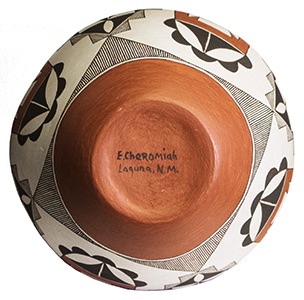