Since he's outside the Nampyo family, we tend to think of others when we list the leading Hopi potters, but one writer recently said "Lawrence Namoki is the most successful Hopi potter living today" We wouldn't go quite that far, but another said truthfully that he's "known to be one of the best contemporary Hopi potters." He's been recognized as one of the best for years, and three years after he made this, a couple of his pieces went to the Smithsonian collection. In the early 1980s, he studied under the great Santa Clara potter Nathan Youngblood and combined the techniques he learned from Nathan with traditional Hopi culture and mythology. Today he's an important teacher of Hopi beliefs. He experiments widely with his pottery designs and firing and sometimes makes pieces in styles popularized by others. Here, he did a piece that's something like Tom Polacca's carved pieces, but with a completely fresh kachina face design and a polished brown rim and reverse that takes it a bit beyond the pieces that gave Tom Polacca and his daughter Cheryl Naha stellar reputations. This pendant deserves more attention than you might give it at first glance. 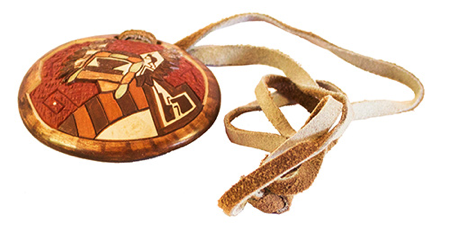 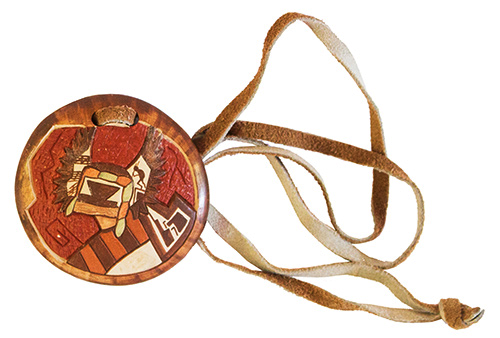 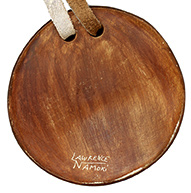