This is an unsigned piece, but there's no question about who made it. Manuel Vigil was the best-known Tesuque potter of the 20th century. He learned pottery-making at the age of seven by watching his mother, and after a 1948 accident, his wife Vicenta encouraged him to make crafts as he recuperated. He and Vicenta worked together. He'd make the figures—at first, Pueblo dancers, then nativity sets and storytellers—and she'd paint, make clothing if necessary and add the hair. Manuel recalled that his first figures were crude and the family laughed at them until they won a First at Indian Market. He was the first native potter to make nativity sets, beginning in 1959. Storytellers like this came later, after their popularity peaked in the 1970s and 1980s. The date on this was Al Anthony's best guess when we bought it from him at Adobe Gallery in 1994. This is featured on page 183 our Second Edition of Southwestern Pottery, Anasazi to Zuni and also appears on page 157 of the First Edition and on page 47 of our Pottery of the Southwest. 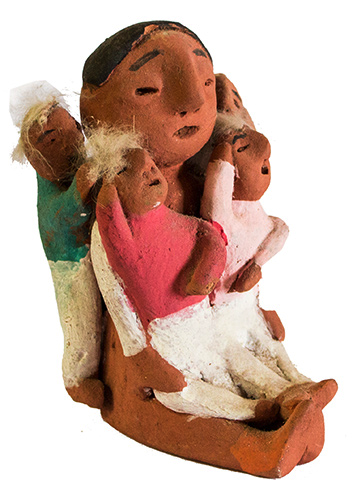 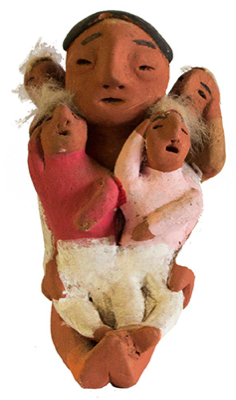 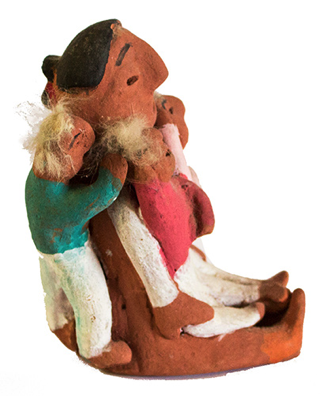 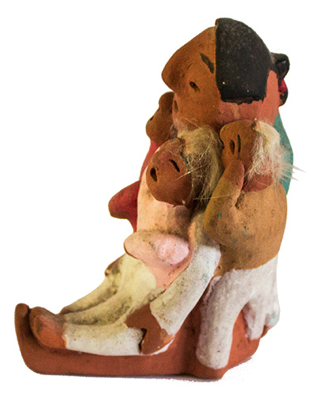