The most remarkable thing about this excellent piece is that it's from Laguna. We'd have accepted Santa Clara or San Ildefonso in an instant. Sally is Acoma/Laguna. Schaaf says she's "considered the innovator of a unique style of carved ceramics, sometimes called etching. She began in 1959, the earliest known date for carved Acoma or Laguna pottery. Many Acoma and Laguna artists have been influenced by Sally and followed her lead." Unfortunately for Sally and her reputation, those followers etched so much greenware that the style tends to be associated with low-end tourist pottery. Sally's experimentation didn't help purists appreciate her as an important, serious potter as the years passed. In 2002, Schaaf wrote "more recently, she has been experimenting with carving horsehair pottery." This jar is buried somewhat anonymously on page 103 of our Second Edition of Southwestern Pottery, Anasazi to Zuni. With Sally, forget the horsehair, greenware and a too-small presence in our book. She's a major potter and a major influence, and this inquisitive bear cub should be recognized as climbing over the rim of a fine piece by an important artist. 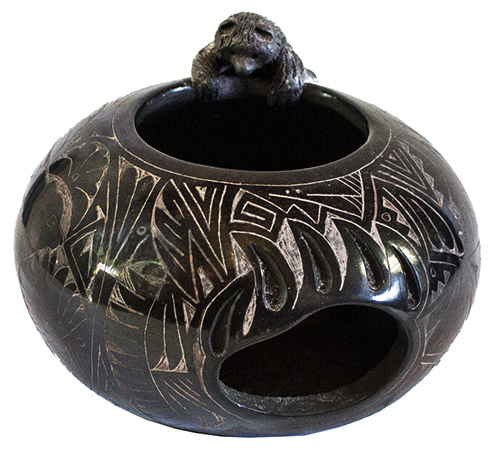 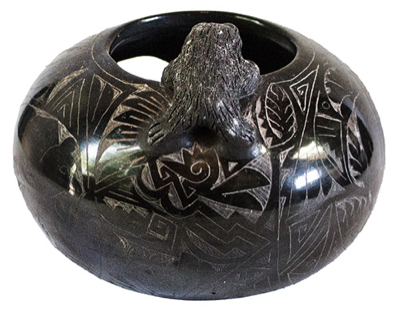 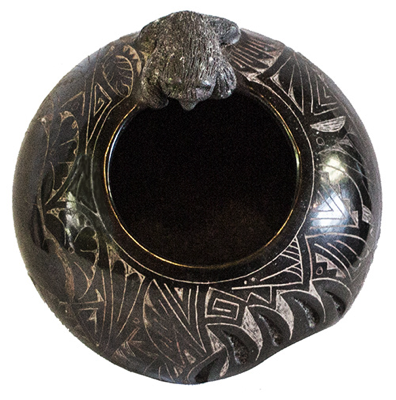 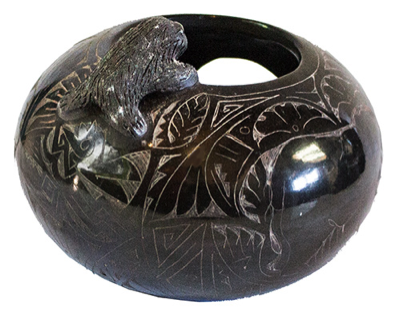