We feel this is one of the most important pieces we've ever collected. On page 92–93 of the Second Edition of our Southwestern Pottery, Anasazi to Zuni, we mention that Mary Small is generally considered to be the most influential artist of the Jemez pottery revival. Based on this, we cast our own vote for Mary Toya. When we bought this from an experienced dealer, we all thought it was from Ohkay Owinge simply because we'd never seen anything like it from Jemez. Later, we showed it to Al Anthony of Adobe Gallery, who looked really closely and found the almost invisible "Jemez" painted in matte slip on the polished base and suggested Mary. Then, on another trip, we met Jemez potter Flo Yepa, who knew Mary and put the 1975 date on it. She told us Mary had made it at her breakfast table and done the impressed border on the shoulder with a butter knife.

In the 1970s, most Jemez potters were making poster-paint curios for the tourist market. None, Mary Small inluded. were making pieces like this. So why isn't Mary Toya honored for her pioneering? Al Anthony's own Adobe Gallery site gives us an answer. Shortly after she made this, Mary saw the market opportunity and switched over to making matte storytellers. So did most other Jemez potters, and hundreds of them came out of Jemez during the 1980s. Today, the Adobe Gallery site says Mary Toya was famous for creating some of the largest storytellers. Some of her dolls were covered with over a hundred babies. Her true leadership lies forgotten under the weight of those hundreds of babies, and we're left with this piece to tell us why she's really important today. 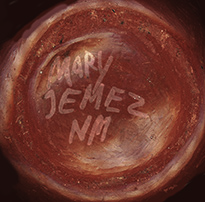 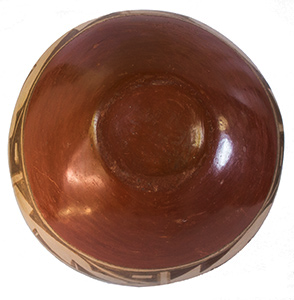 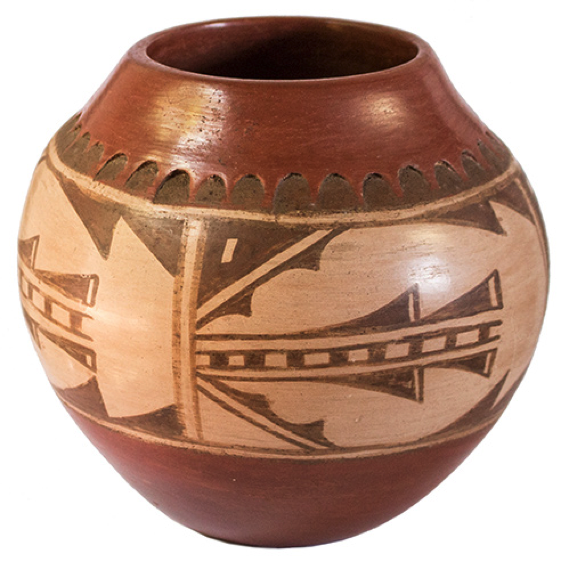 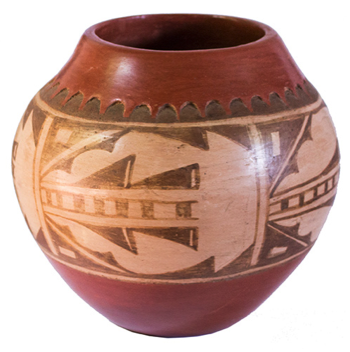 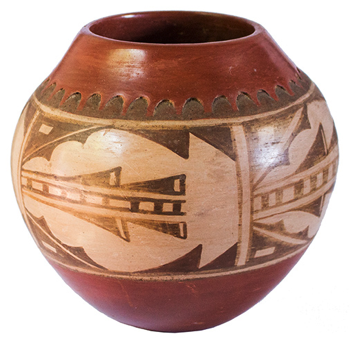 The invisible signature. We can show this because we did a high-resolution scan and blew it up to full-screen size, then found enough evidence to allow us to trace the outlines of the signature. If you hold the pot, the bottom of it looks like it does in the picture to the right.