In 1972, Eudora Montoya and an interested Anglo, Nancy Winslow, organized a group of seventeen student potters, and Eudora and her students kept the pottery alive into the current century. Lena Garcia was one of the seventeen. We don't know much about her. Schaaf ignores her, but Harlow, Lanmon and Anderson's The Pottery of Santa Ana Pueblo confirms her membership in Eudora Montoya's original group, tells us that she was active from 1973 to 1996 and that she participated in Indian Markets in the 1970s. She made this with a flattened base intended to make it rest at an angle, making sure the turtle got a full share of attention. Even if this were the only Santa Ana piece you ever saw, you'd have a pretty good idea of what Santa Ana pottery looks like—polished red and with a lumpy off-white slip. This is on page 157 of the Second Edition of our Southwestern Pottery, Anasazi to Zuni. 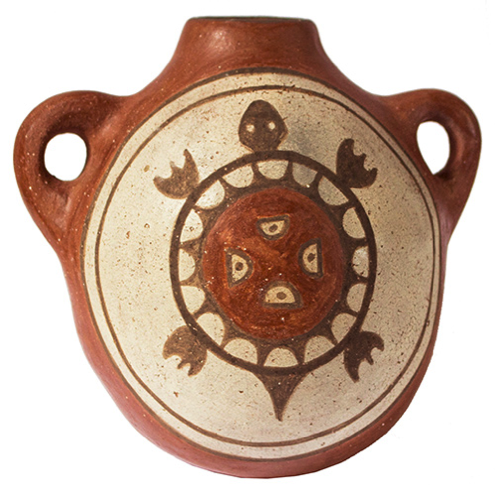 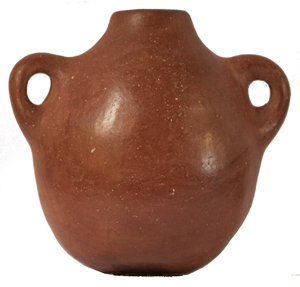 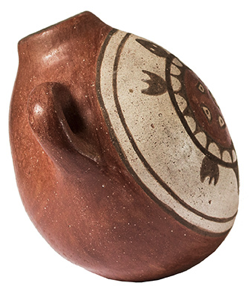 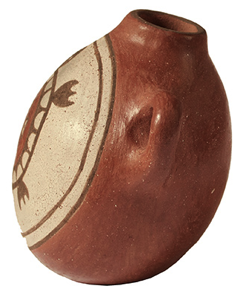