MARICOPA BLACK ON RED DISH circa 1900

This is another one of those difficult-to-place pieces, and if you told us that the design looks Tohono O'odham, we wouldn't argue very hard. There's so much style overlap between Maricopa and Tohono that making a call can become almost a flip-a-coin matter. On this one, we stuck our finger in the air and decided it was Maricopa largely because of the color and polish. It has an early feature that scholars wrote about half a century ago: trailing lines on the back of the dish done the way the Hohokam did them a thousand years earlier. The old thinking was that Maricopa potters took their designs from the Hohokam pottery they found on their lands, and these trailing lines support the theory. 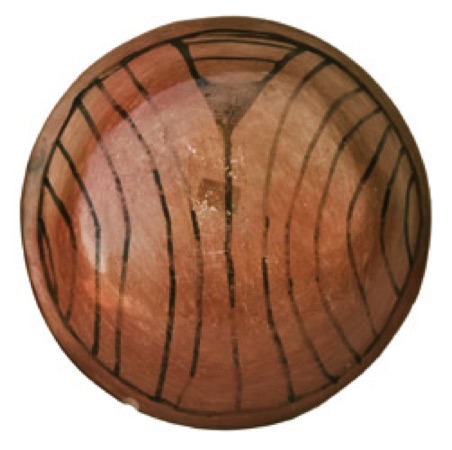 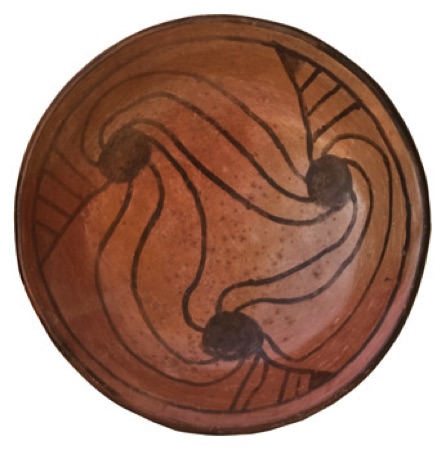