We wish we had more information to offer about Dorothy. We know that Mark Tahbo is her cousin and served as a mentor, which puts her in Grace Chapella's family. Southwest Indian Art magazine named her as an "artist to watch." Adobe Gallery's site identifies her only as a "relatively new" Hopi potter and tells us that she uses brushes made from her own hair. The Museum of Northern Arizona had her host a workshop and told us that Ami is the owner of “Smoking Trails Arts and Crafts” and has won many awards for her pottery. Her work is often showcased at the annual Hopi Festival at the Museum of Northern Arizona and at other galleries around the region.

The hard information is scant, but the visual evidence is indisputable. We put an entirely different piece by Dorothy on page 83 of the Second Edition of our Southwestern Pottery, Anasazi to Zuni as an example of 21st-century pottery evolution, and that piece is nowhere near as lighthearted and unexpected—in short, not as evolved—as this one. If you do your own Google search, you'll see that Dorothy is not only someone to watch, but someone who's leading the way.

Condition like new except for tiny flecks of paint abrasion in the dark brown, now undetectable, and minor abrasion on the base. 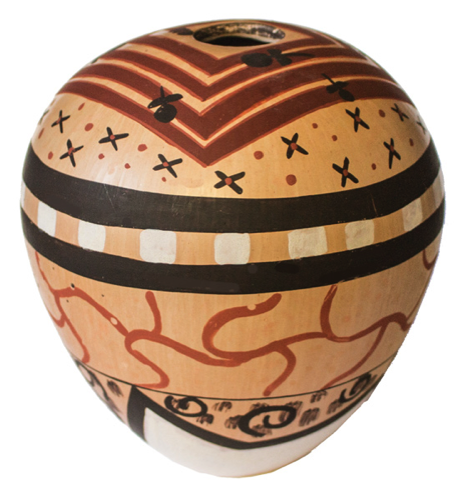 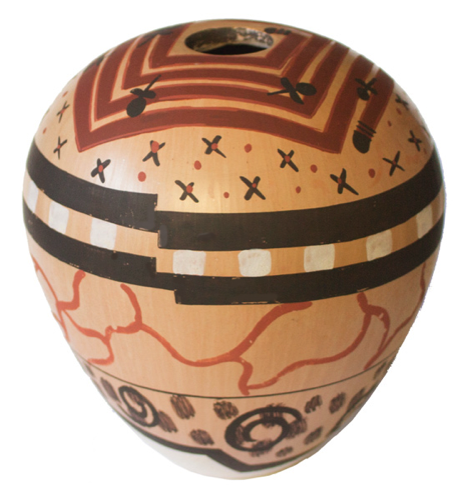 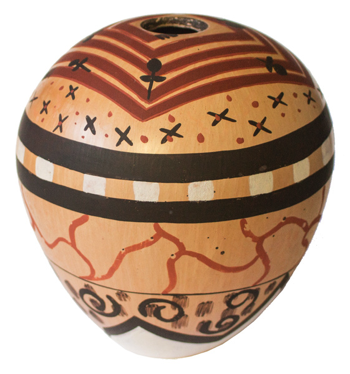 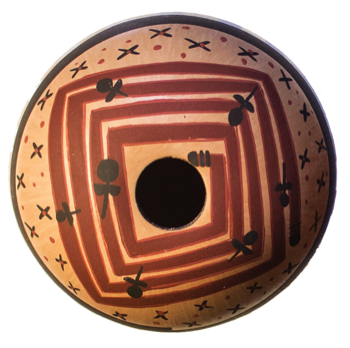 The signature is abraded but discernable under magnification. This is Photoshop enhanced.