Barbara's mother, Mabel Sunn, started wrapping snakes around jars somewhere back in the 1940s. Maricopa potters had done this earlier, but Mabel made the idea popular, and her daughters and others followed suit. Our books, the Second Edition of Southwestern Pottery, Anasazi to Zuni and The Desert Southwest, Four Thousand Years of Life and Art show a late 19th-century snake-wrapped jar and post-1970 snake-wrapped bowls and post-1970 snake-wrapped bowls and jars by Vesta Bread, Dorothea Sun and Mabel's daughter Gertrude Stevens as well as ones by Mabel and this one by Barbara. It appears on page 107 of Southwestern Pottery's Second Edition and page 151 of The Desert Southwest. 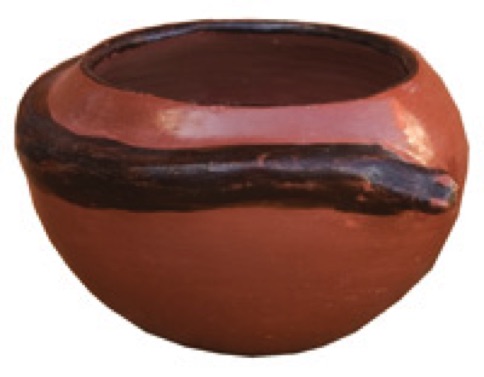 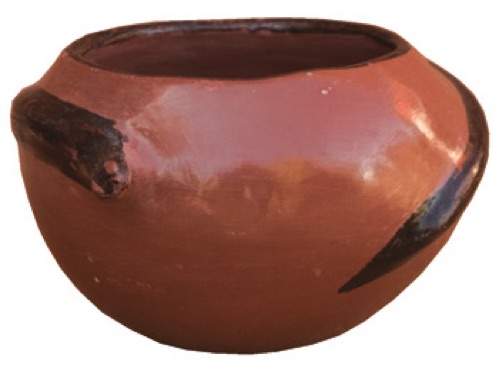