Sally Havier made this in the White Horse Pass area in the northeast of the Sells Reservation at Shoposk (our consensus effort at the spelling despite what the tag says) and sold it at nearby Kitt Peak. We know all this because of a little tag resting in the pot that helpfully devotes its reverse to a discussion of Papago basketry. We don't know much about Sally, but we do know that she won an award at the Gallup Ceremonial in 1972. We showed this piece on page 160 of our The Desert Southwest, Four Thousand Years of Life and Art alongside a similarly-provenanced duck effigy bowl by Lena Albert (H-871). Both have a characteristic striated polish that makes us wonder if Lena and Sally might have been sisters. We did have this 1972 picture of Sally and we we put on page 194 of that book. 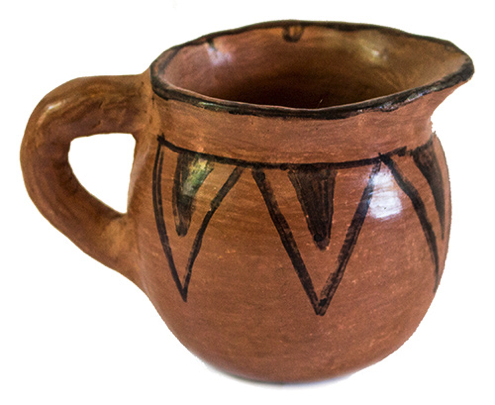 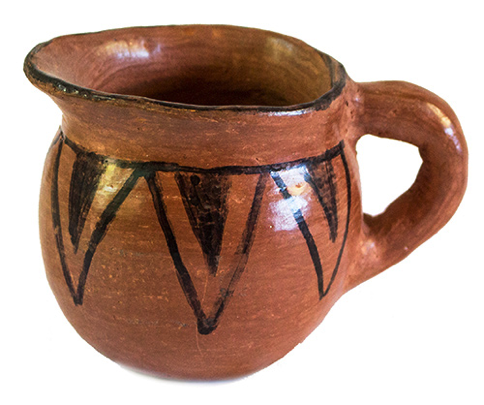 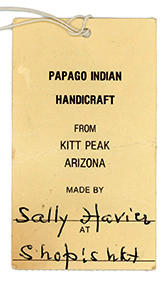 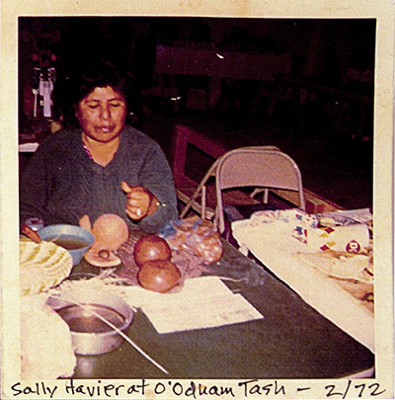