Marianne was Joy Navasie's daughter and the granddaughter of Paqua Naha, the original Frog Woman. Paqua died when Marianne was three, but Marianne remembered her and her mother working with the clay. Marianne began making pottery when she was 18, and since her mother had assumed the frog symbol as a signature after her grandmother's death, Marianne added a tadpole to her signature, but later, as on this one, she added an initial, then eventually left the tadpole behind. The combination of tadpole and initial explains our guess at the 1996 date  This almost volley-ball-sized piece shows a mastery of the whiteware genre that her grandmother began and her mother refined.

On a previous piece we had, we marveled at her ability to mirror a complex design almost exactly on opposite sides of a jar although she could never see the two sides together to check their accuracy. Here, she's done the opposite. If you look at the four pictures above, it's hard to believe that they're all on the same piece. That feat alone qualifies this for one of our special-piece green dots.

She said, "My mother always pushed us to stay with traditional hand-coiled pottery-making methods and to carry on the frog style." She did, expertly, but with one twist. Since she was left-handed, her designs always moved in the opposite direction from her mother's. If you'd like a Frog pot in your collection, they don't get any better than this, no matter who made them. 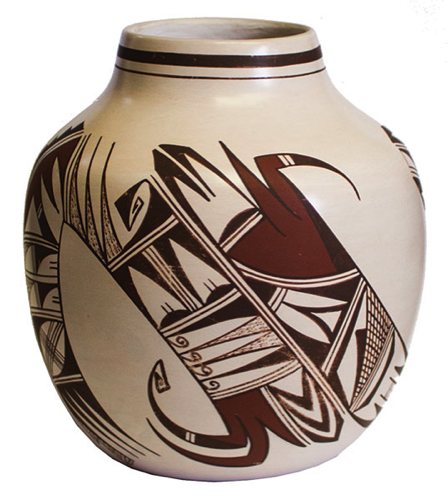 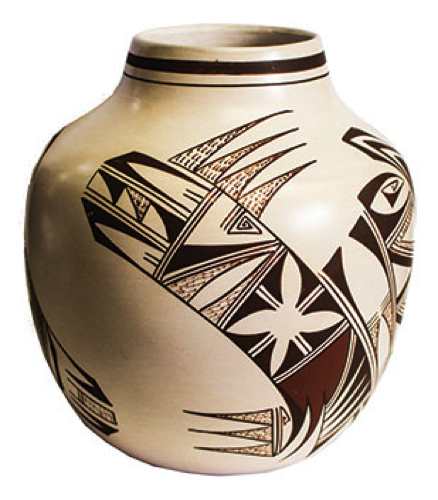 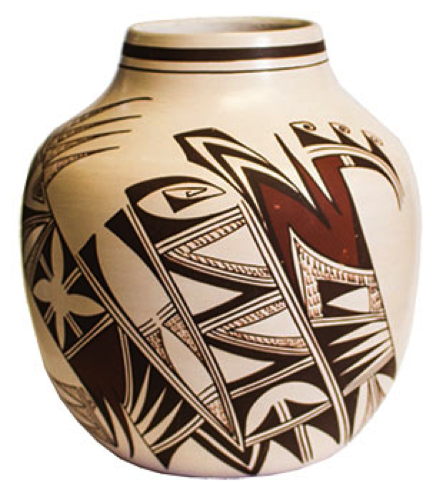 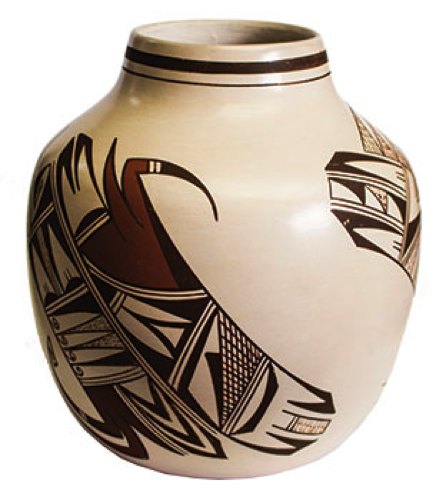 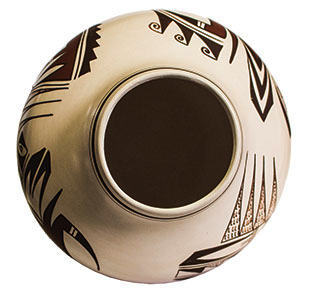 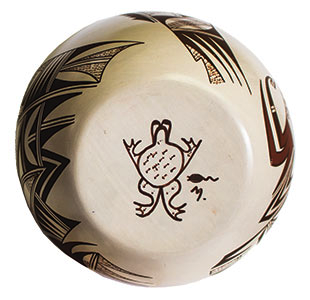