This is the most important piece by Eudora that we've ever found, and no collection is complete without a piece by her. She was the best-known Santa Ana potter and the one who stood at the center of its 1972 revival. She and an interested Anglo, Nancy Winslow, organized a group of student potters, and Eudora and her students kept the pottery alive into the current century. This is an olla-sized signed example, right down the middle of Eudora's work and more sure-handed than some of her pieces. She left the usual Santa Ana design donventions behind and gave us two cartouches, both appearing on opposite sides. The bird has a quiet space surrounded by scallops while the bison gets a ferocious feathered space. Have fun working out the symbolism. We talk about Eudora and her students on pages 156 and 157 of our Second Edition of Southwestern Pottery, Anasazi to Zuni, and we felt she was so important that our co-author John Blom included her in his book dedication.

Condition quite good for its age.

Some rim abrasion, fire clouds at base. 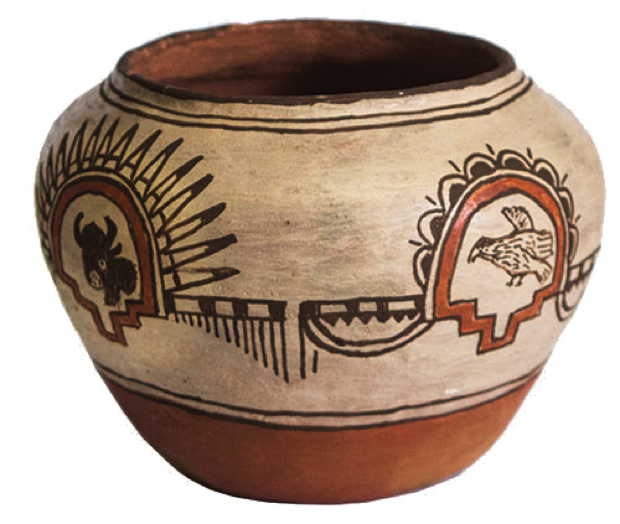 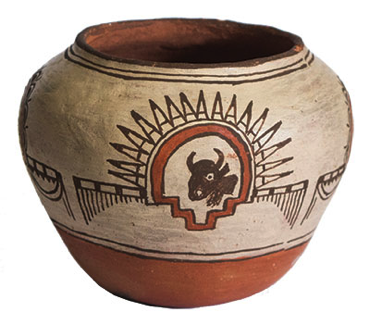 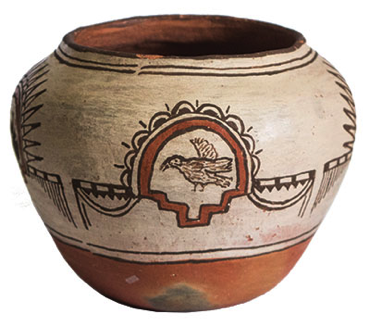 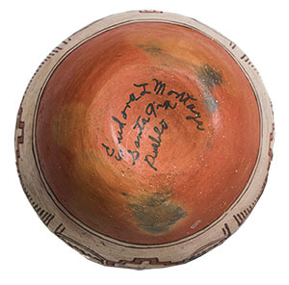 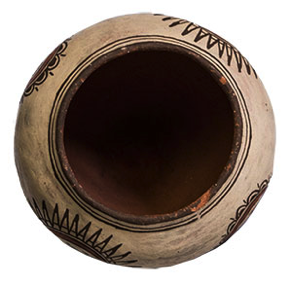