An important old friend reappeared after twenty years. This was a deacquisition from the Glenbow Museum, and its museum accession number AI-155 remains on its base. We got this in 1993 and sold it in 1999, but not before we'd loved it, admired it and given it star treatment on the front cover of the first edition of our Southwestern Pottery, Anasazi to Zuni. Then in 2020, at the San Francisco Indian Art Show, the buyer decided to downsize and we bought it back. We still have the same questions we had about it when we first acquired it. It came from a museum, and it has "Laguna" penciled on its base. The skewed rectangles around the midbody are a traditional Laguna design element. All well and good, but we still have our doubts. The piece is lighter than we'd expect from Laguna, and the inside feels more like an Acoma sherd temper rather than a Laguna sand temper. Without the original identification, we'd probably have decided it was more apt to be Acoma than Laguna. Whichever it is, it's a fine piece. Don't spend a lot of time worrying about which side of the railroad tracks it came from.

Just when I think I've seen everything, something comes along that blows my mind. A collector sent me a picture of an excellent print that hangs on his wall. He bought it in Sedona a few years ago. It's by an artist named J. Walker who identified the subject as Laguna 1920 and did it as part of a series. The picture made me realize just how important this piece really is.

Now, for some truth in advertising. It's not the same pot. The potter must have made more than one that day. The up-pointing stepladder design on our pot's underbody is slightly different.

Very good condition for its age,

some wear from handling.

No repairs or restoration. 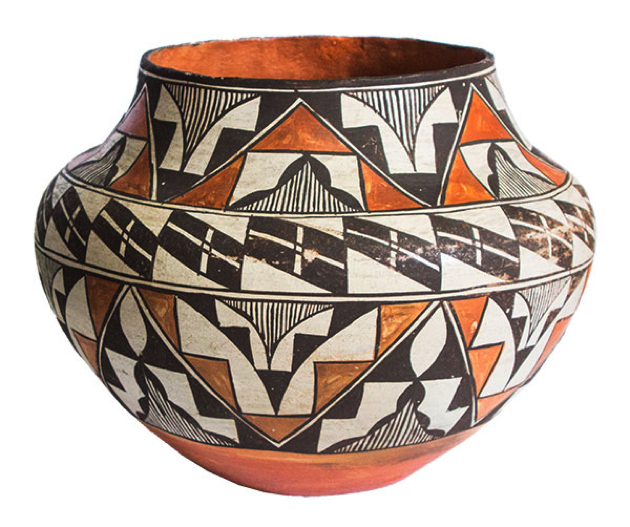 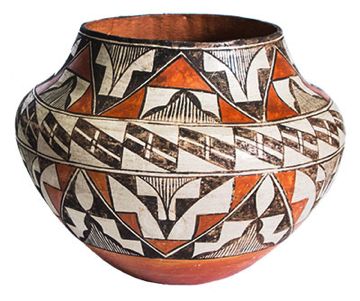 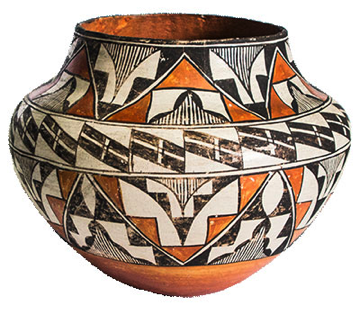 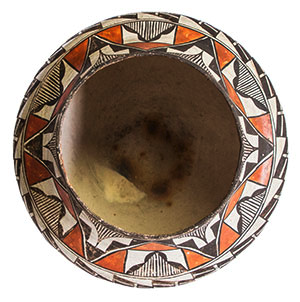 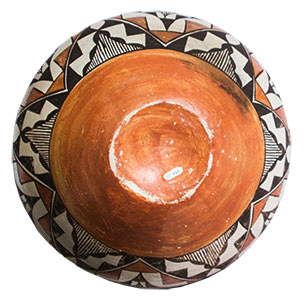 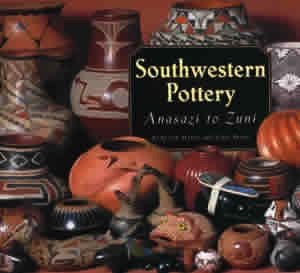 The J. Walker print, part of a series of museum pottery images.

I have no idea when it was done, but it must have been quite a few years ago. 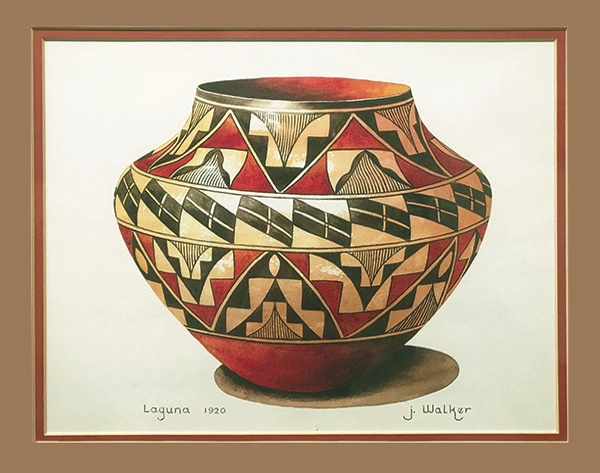