Hilda Coriz belonged to a formidable pottery family. Her brother Robert Tenorio is a superstar, her sister Paulita Pacheco (1943–2008) became recognized as a leading Kewa potter, and her sister Mary Edna Tenorio, who works with Robert, contributes to the family portfolio. Paulita's son Andrew Pacheco achieved a celebrity of his own and her daughter Rose Pacheco is gaining recognition, as is Hilda's daughter, Ione Coriz. Hilda herself, working alongside her husband Arther (1948–1998) and on her own, ranked right behind Robert as an important Kewa pottery artist. This is on page 201 of the Second Edition of Southwestern Pottery, Anasazi to Zuni. 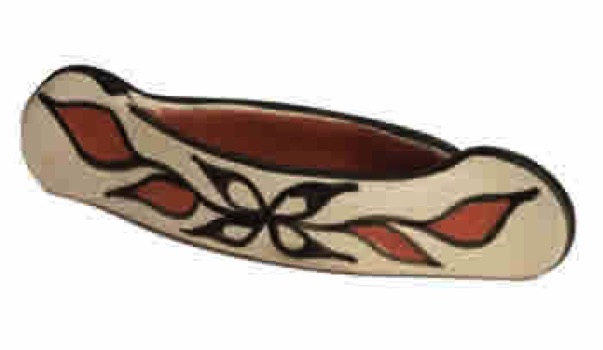