When I saw a small photograph of this, I thought it was an old one, since the earliest rain gods were micaceous. When it arrived, it was obviously new, with a $27.50 price on his posterior. Since it was collected in the 1960s, I put the 1965 date on it. I hadn't realized potters were still making these in the 1960s, so I asked Al Anthony if he had any suggestions. He offered Ignacia Duran, Priscilla Vigil or Dorothy Herrera as possibilities. I've seen enough of Priscilla Vigil's work, so I think the other two are more likely, but who knows? He's a really good piece in flawless condition. 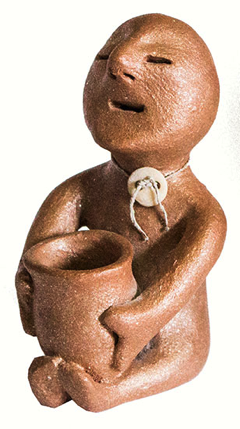 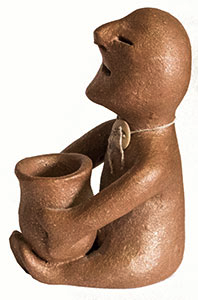 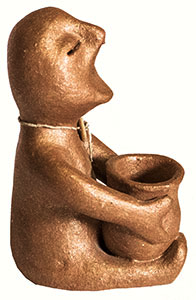 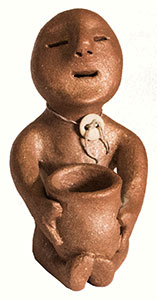 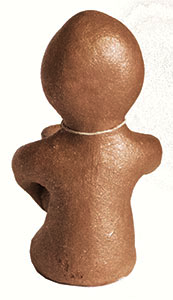 Here's what these looked like in 1895. He's on the cover of the second edition of Southwestern Pottery.