This Is San Juan Revival pottery, the incised style that seven potters developed in the 1930s under the leadership of Regina Cata and dominated Ohkay pottery for the rest of the 20th century. After World War II, potters continued using the elements—a polished red base and a matte design on a tan field in white and a weak red with the designs outlined by a shallow incision. On most pieces, the outlines are white, but on this one, the potter chose to outline the half-moon white shapes in red. Despite that little variation, there's nothing unusual about this. It's just a beautifully preserved, larger-than-usual, better-than-average example. The date is a guess, based mainly on its excellent condition and the fact that the collection it came from was gathered in the 1960s. If it were made much after 1960, the potter would have signed it. 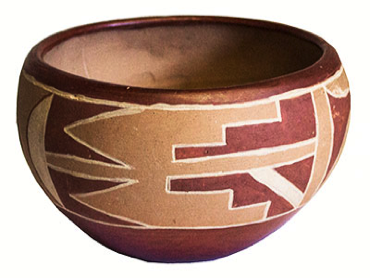 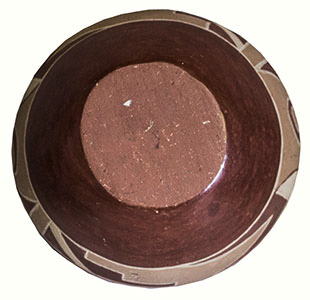 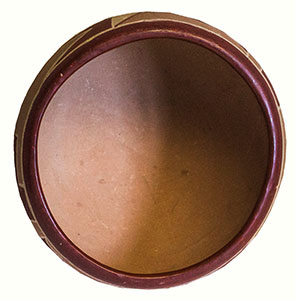 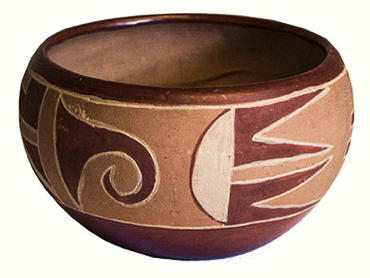 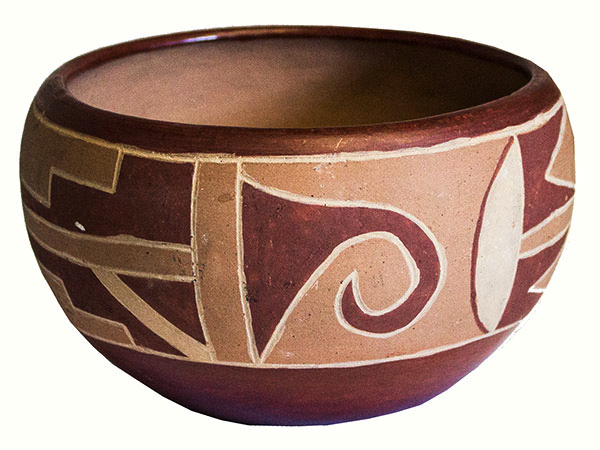