Florence Aragon was one of the great Acoma fineline potters. She and her younger sister Rachel exhibited at Indian Market beginning in 1985, and both won many awards for designs based on prehistoric Tularosa Black on white and on historic Acoma pottery. This is homage to a great 19th century olla, a design that potters have repeated over the last century. We're told the design is a fertility symbol. See Dillingham, Acoma & Laguna Pottery, 1992, and Schaaf, Southwestern Pueblo Pottery, 2002. 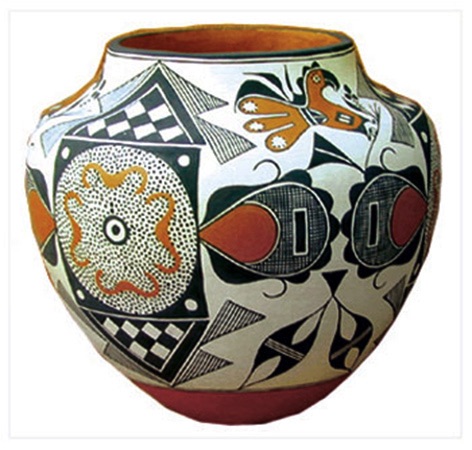 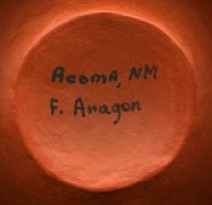