ACOMA BLACK ON WHITE JAR circa 1955

If there ever was a pot from the Lucy Lewis family, this is it. (See page 56 of the Second Edition of Southwestern Pottery, Anasazi to Zuni for a picture of this pot and a discussion of its 900-year-old design, which Lucy and her daughters appropriated for themselves around 1950.) A small tag inside the pot is as specific as you can get on the date, but leaves us a bit fuzzy on the attribution. It reads "1954–1956," but the bottom of the pot is signed "Mary Hansen." Lucy's second daughter is named Ann, not Mary. Ann's younger sister Mary Lewis married a Garcia. Our best guess is that someone bought the pot from Ann, perhaps when Ann and Mary were sitting at a table together, then carefully added a signature and remembered the name wrong.

NOTE: This was on display in an exhibit at California's Museum of the American Indian from July 1998 to June 2010. It was in the Black on White case under the wall sign below alongside ancient pieces with the same design. Now it's back, ready for sale, but minus the little tag that dated it—a casualty of transport to and from the Museum. 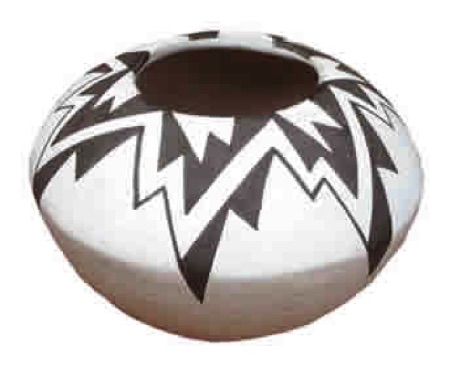 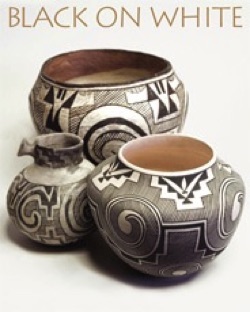 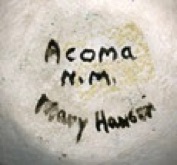