From the 1700s on and into the 20th century, pottery produced Zia's primary source of income. After things calmed down following the Pueblo Revolt of 1680, Zia traded beautiful pottery for food with their land-rich neighbors, Jemez and Santa Ana. That's why old Santa Ana pottery is scarce and old Jemez pottery is almost nonexistent. Today, pottery still supports several long-established Zia pottery families. This piece offers more charm than finesse and could have been made by an elderly or a beginning potter. Its most unusual features are its design and especially its shape, which looks like a simplified version of Zia pottery made several hundred years earlier. 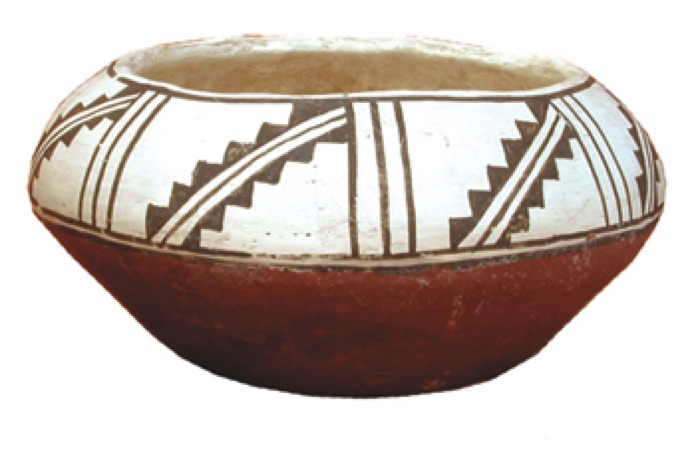