This black and white on redware style is called "Sichomovi Polychrome," named after one of the three small villages on Hopi's First Mesa. The designation seems a bit arbitrary, since the three villages aren't much more than a short pebble toss from each other. Sichomovi Polychrome appeared throughout the 20th century but lost momentum after 1950. The other two villages have their own styles as well. Hano Polychrome is the black and red on yellow style that dominates Hopi pottery, and Walpi Polychrome is the whiteware style that Frog Woman and Feather Woman popularized. 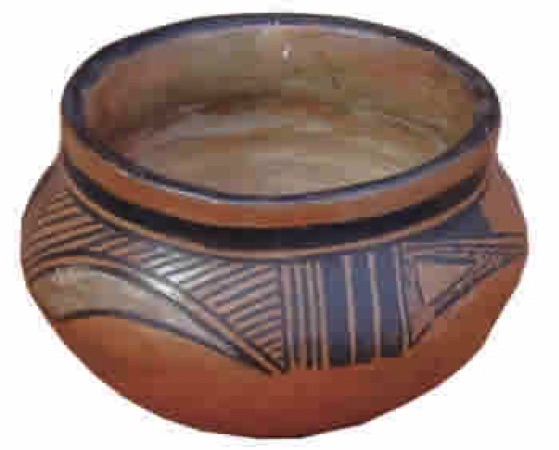