The books tell us that they stopped making decorated pottery at San Felipe in the 20th century, and only one potter started making it around 1950, and that was Candelaria Montaño. We have trouble with absolute statements like this, and later writing suggests there were others. In any event, this looks exactly like known Candelaria pieces, and we have no qualms about attributing it to her. We have a soft spot for this piece, since the cliche cartoon image of a Southwestern pot has a design like Charlie Brown's shirt, but out of the thousands of pots we've own, this is the only modern one we ever found. We'd have said it's the only one, but then we got one of the rare 18th-century Pueblo/Navajo Gobernador Canyon pieces, and there it was again on a bowl that looked like Candelaria might have made it. We put this on page 144 of the Second Edition of Southwestern Pottery, Anasazi to Zuni. The Gobernador piece is on pae 48.

Condition about what you'd expect.

No cracks or restoration, some abrasion. 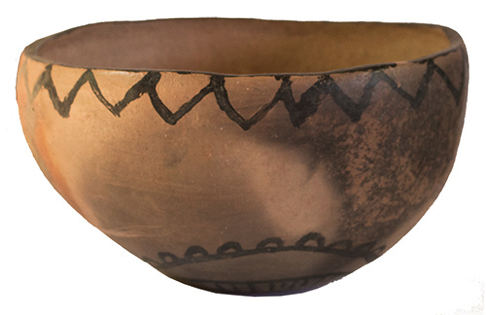 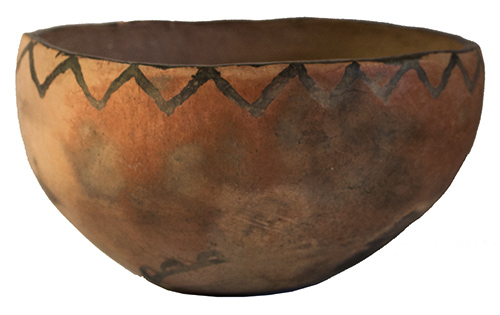 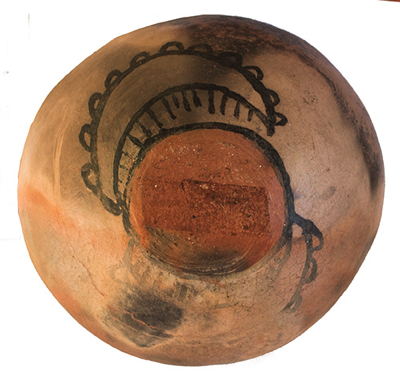 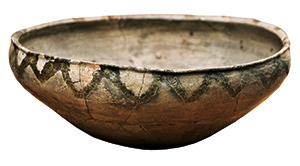 This is the 1700 Gobernador piece.