ZUNI BROWN ON CREAM PITCHER circa 1880

Carol Hayes was immediately attracted to this. She saw a lot of integrity in it, and the signs of use made it even more desirable for her. Dwight Lanmon, who with Harlow, wrote the 2008 The Pottery of Zuni Pueblo, the definitive book on Zuni pottery, put the date on it and told us that by 1880, Zuni potters were making utilitarian pieces for sale as well as tourist curios. For Al Hayes, the fascination lay primarily with the aeronautically unsound bird biplane, and we featured it with our Implausible Beasts array on page 202 of the Second Edition of our Southwestern Pottery, Anasazi to Zuni. We bought this in 2007, and the bird served as our lone example of what we assumed was an extinct species until we bought another Zuni jar in 2015. Apparently, these birds weren't rare around Zuni in the late 19th century, and we only wish we could have been there to see one fly.

Ridiculous bird notwithstanding, this is a fine piece, made for use and used historically.

Condition quite good considering its age.

No apparent restoration, fire-clouding probably from use. 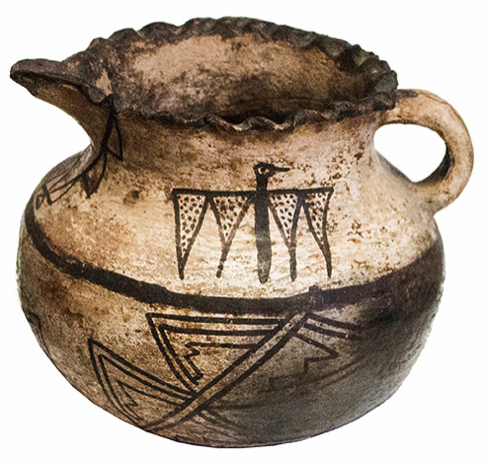 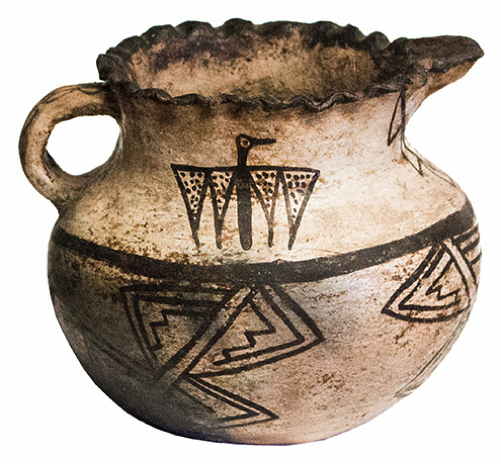 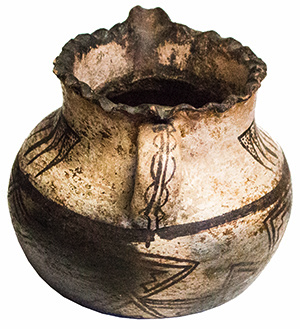 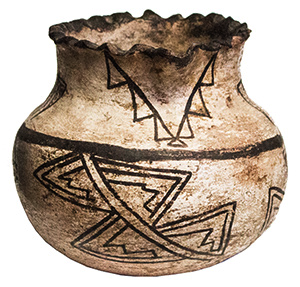 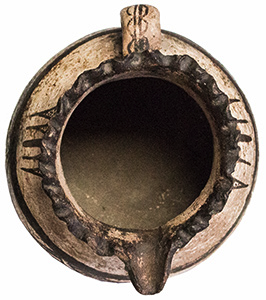 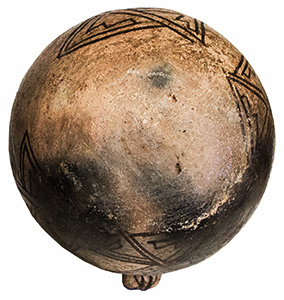 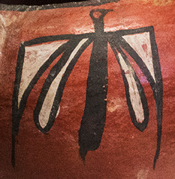