This good-sized, well-crafted piece is by one of the few Kewa potters who managed to master the difficult art of blackware. Rafaelita Aguilar has been an important artist since the 1950s. Her mother was a contemporary of Monica Silva (born 1900), who married in from Santa Clara and introduced fine blackware in the Santa Clara manner to Santo Domingo, and it stands to reason that Rafaelita learned some of Monica's techniques along the way. In his 2002 Southern Pueblo Pottery, Gregory Schaaf called her a "relatively undiscovered master potter" and pointed out that she makes some of the largest blackware pots in the Southwest. There's an impressive big one on page 97 of the Second Edition of our Southwestern Pottery, Anasazi to Zuni. You can see this one on page 39 of our Pottery of the Southwest.

Good condition. 1/2" firing crack from rim has been stabilized 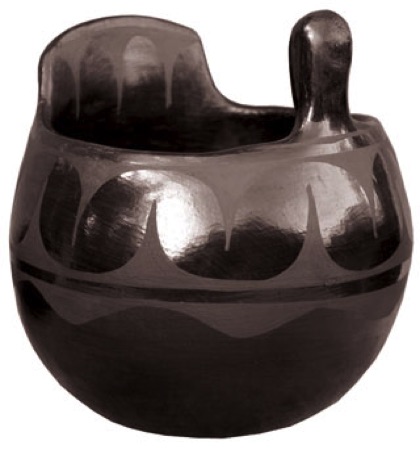 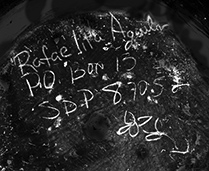