This black and white on redware style is named after one of the three small villages on Hopi's First Mesa. Sichomovi Polychrome first appeared around the turn of the 20th century but lost momentum after 1950. This is a typical example. It uses designs that appear over and over on Hopi 20th-century pottery, done in the usual manner, with the base design applied in black and outlines sparingly in white. As was often the case with these small, quickly made tourist bowls, only the outside of this jar is polished. 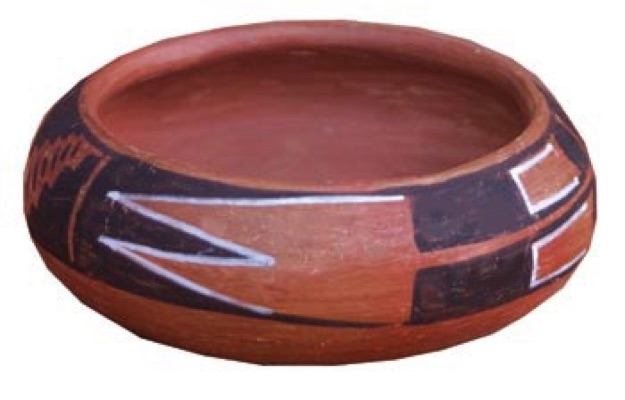