This is by a potter who didn't live long enough to achieve the fame she deserved. Tracy Kavena won the first annual Charles Loloma Award for Creative Excellence in 1991 when she was barely out of her 20s. She died shortly after. This large, light, traditionally fired piece demonstrates a skill and control of the clay that few Hopi potters achieved. Tracy came from a pottery family. Her grandmother, Rena Kavena, had a career that began before 1920 and lasted to around 1980. We've only seen two other pieces by Tracy—two graceful, remarkably delicate sculptured birds—but what we've seen has been enough to prove to us that this was a potter who shouldn't be forgotten. You can see one of those birds on page 81 of the Second Edition of our Southwestern Pottery, Anasazi to Zuni, and this bowl appears on pabe 30 of our Pottery of the Southwest.

Condition excellent with fire clouds on exterior and rim 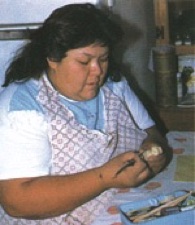 We found this Jeanne Broome photograph of Tracy, the only one we've ever seen, in a 1990 Southwest Traveler guidebook, published the year before she won the Charles Loloma Award. She was around 30 when this was taken. We're told that her problems with overweight contributed to her death somewhere around 1995. 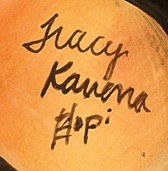 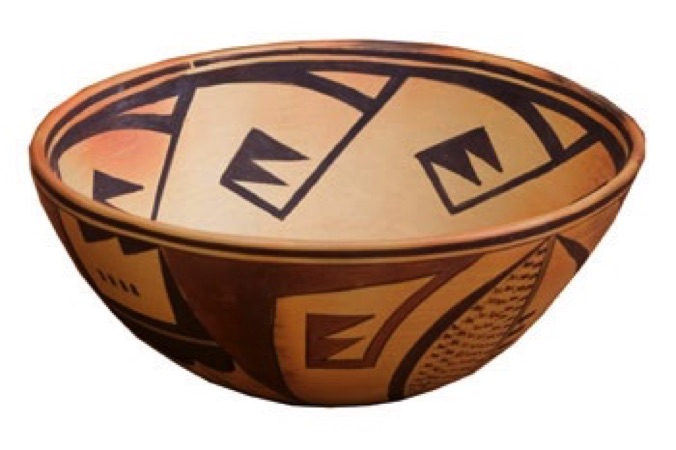