This is a genuine historic piece, and its history shows. The wear around its rim is a true badge of honor, and it probably happened before 1900. The picture below, an Edward Curtis photograph from 1904 titled The Old Well of Acoma, shows why this looks the way it does. The abrasion is the result of hundreds of dippings in the only water source on the Acoma mesa, the sandstone pool at Sky City. The 1880 date on this is an expert suggestion based on its shape, paints and design. This would normally be priced two or three times higher than what we're asking, but hard use was part of its Pueblo and later life. It survived unbroken until the Santa Fe Flea Market in the 1970s,when the shelf it was on collapsed. It was badly reglued when we found it, but now it's had careful professional reassembly and surface repair along the break lines. You can see it on page 35 of our Pottery of the Southwest and page 52 of our Second Edition of Southwestern Pottery, Anasazi to Zuni. 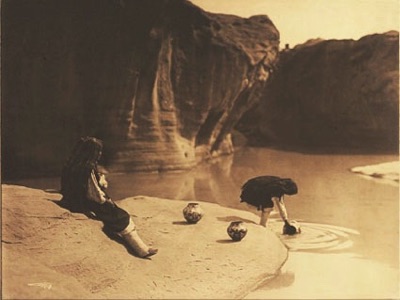 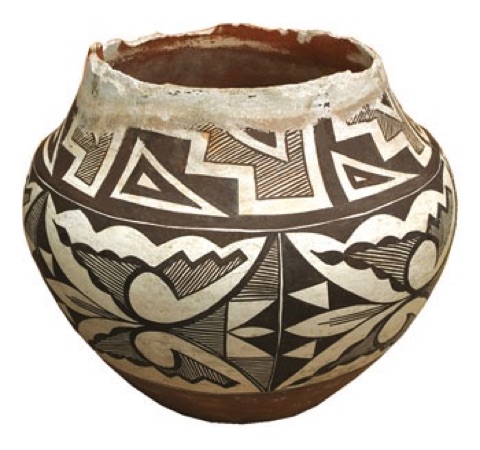