This nice matte-finish jar is made like a traditional child's olla and has an indented base. Miriam Davis is another one of those potters who remains undetected by the publicity radar. In more than 20 years of collecting, we'd never heard of her, but when we found her in Schaaf's Southern Pueblo Pottery, we learned that when the book came out in 2002, she was showing traditional polychrome jars and bowls at galleries we know well and that she'd won awards at the Colorado Indian Market in Denver. Here, ten years later, she's still working. Once again, we're reminded that, try as we may, we can't know them all. This is on page 103 of our Second Edition of Southwestern Pottery, Anasazi to Zuni. 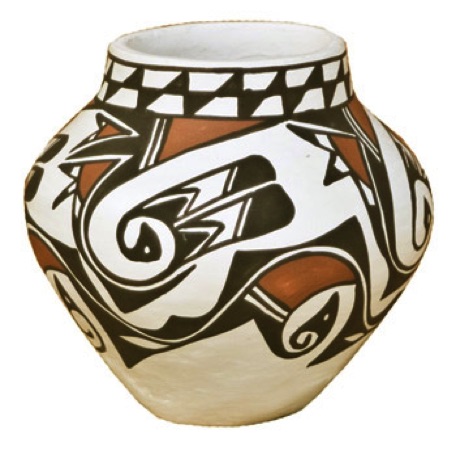