From the late 19th century through the first two-thirds of the 20th, Pueblos cranked these little pieces out for tourists, sometimes high-top like this one, more often ankle-length. We've seen them from Acoma, Cochiti, Hopi, Isleta, Jemez, Kewa, Laguna, Maricopa, O'odham, Ohkay, San Ildefonso, Santa Clara and Zuni, which pretty well takes care of the alphabet. Potters also made them prehistorically. The anthropologists' best guess is that they made them as water-sippers for infants. This unsigned one is a typical example, well made and well polished, casually painted. We put the 1960 date on it because it's unsigned, but judging by its condition, it could be considerably later. 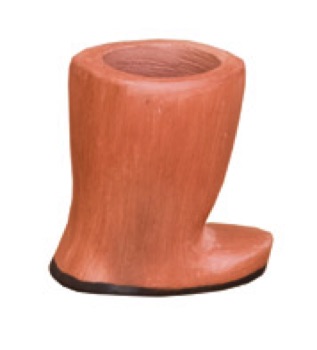 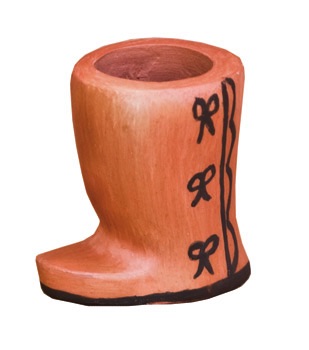