This is a wonderful piece by a potter whose pottery came as a surprise to us. Post-2000 pottery from Ohkay is scarce, and no potters beyond Clarence Cruz have attracted much attention. Much of what's happened at Ohkay in recent years involves micaceous pieces, and this one adds matte paint and graceful sculpture to produce a corn jar unlike anything we've seen before.

Dorea Garcia is well known as a Pueblo dancer and appeared in the award-winning 2006 movie Dancing With the Heart, a documentary about her father Andrew Garcia's dance group. Dorea has traveled to Europe, Asia, South America and across the U.S. with the group.

In 2008, she felt a need to return to pottery and took lessons from Clarence Cruz. Judging by this piece, she was an incredibly fast learner. This is on page 131 of our Second Edition of Southwestern Pottery, Anasazi to Zuni. 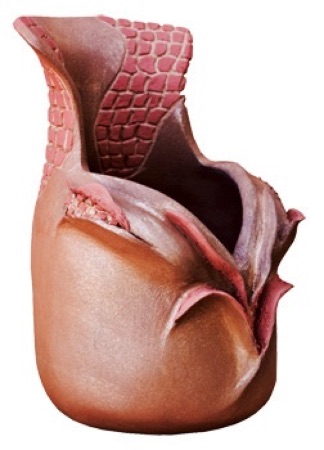 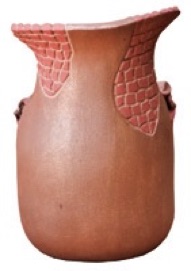 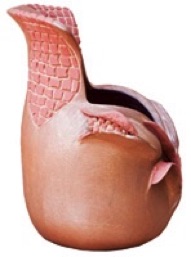 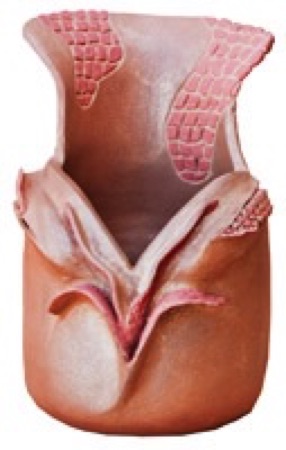