Arthur and Hilda ranked right alongside Hilda's celebrated brother, Robert Tenorio, as leading Kewa potters at the turn of the 21st century. Hilda's sister, Paulita Pacheco (1943–2008), got wide recognition as well, as did Arthur and Hilda's daughter Ione and Paulita's daughter Rose and son Andrew. It's no exaggeration to say that the Tenorios were and remain one of a handful of truly major Pueblo pottery families. This jar, which we might properly call a small olla, has a barely legible incised signature. 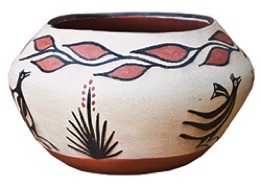 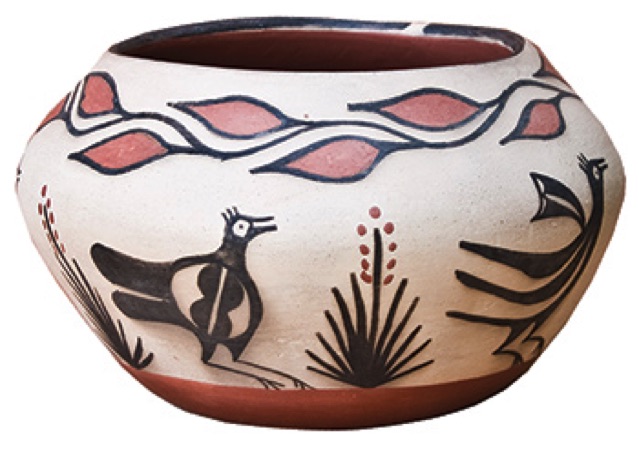