Starting about 2005, Alan Lasiloo has made large, impressive pottery unlike any Zuni potter ever made before. He uses clays from all over, like this red micaceous clay that we normally associate with Nambe or Ohkay Owinge. He makes whiteware using base clays that other potters only use for slips and decorates it with soft fire clouds. He paints untraditional designs on micaceous pieces. He makes pottery in sculptural forms unlike anyone else's. Each piece provides a new surprise. When he was starting out, Robert Nichols, the influential Santa Fe dealer, took him under his wing and encouraged him. The result was a body of work that put him in the forefront of contemporary potters. This handsome piece is exceptionally heavy, which leads us to believe it's an experiment with unfamiliar clay or a piece done early in the period when he began his current style. Alan turned away from traditional Zuni pottery around 2000 after studying fashion design at the American College of the Applied Arts in Los Angeles. We show this on page 197 of our Second Edition of Southwestern Pottery, Anasazi to Zuni. 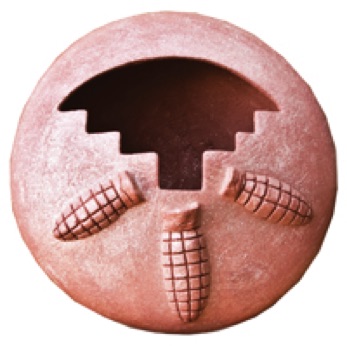 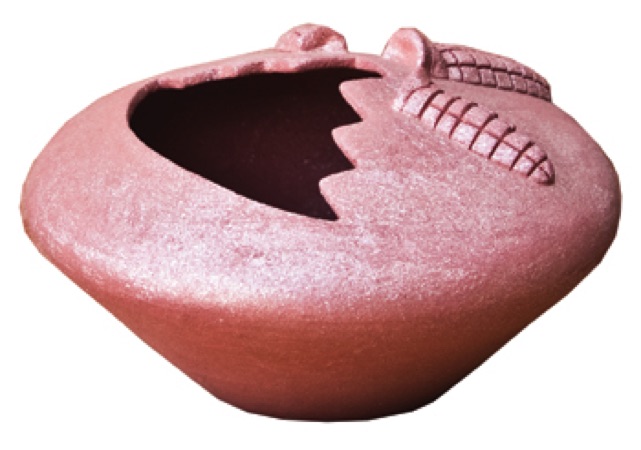 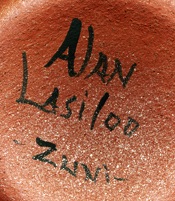 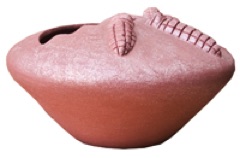 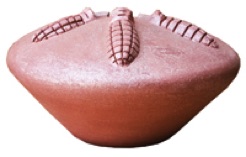