Ione Coriz followed in the footsteps of her late parents, Arthur and Hilda Coriz, and won her first awards at Indian Morket while she was still a teenager. Both her parents and her uncle, the world-famous Robert Tenorio, influenced her pottery, and she's been prominent in Kewa's most prominent pottery family ever since. This is instantly recognizable as a Tenorio family piece. The only thing that keeps us from believing that her uncle Robert actually made this piece is the fact that Ione signed it. It's an excellent little bowl by an important artist at an exceptionally friendly price. You can see this on page 99 of our 2015 Second Edition of Southwestern Pottery, Anasazi to Zuni. 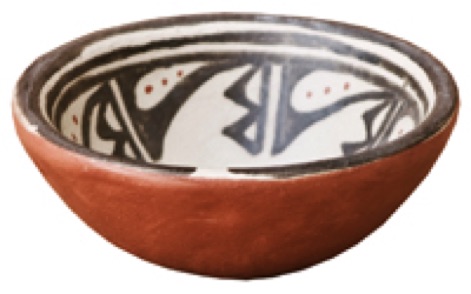 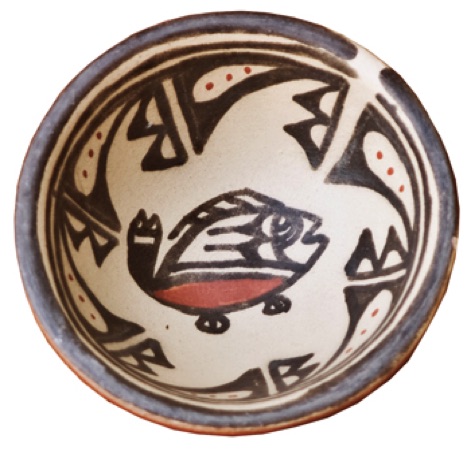