Eva Histia was a great 20th-century Acoma potter, no relation to Mary Histia, the legendary "Acoma Mary," but a long-lived important artist. She remained active into the 1990s according to Dillingham's Acoma & Laguna Pottery and Schaaf's Southern Pueblo Pottery. We first became aware of how good she really was when we curated a pottery exhibit for the Museum of the American Indian in 2010. The Museum had a major piece of hers, and we used it alongside a compatible prehistoric jar for the theme photo that described the exhibition. Later, we had a masterwork of hers, a 15" tall canteen, that went straight to the Haak'u Museum at Acoma. We're guessing this is a late piece—a "grandmother pot." It's well-painted but a bit carelessly finished on the interior. If she made it in 1995, she would have been 81. 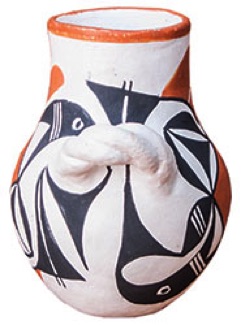 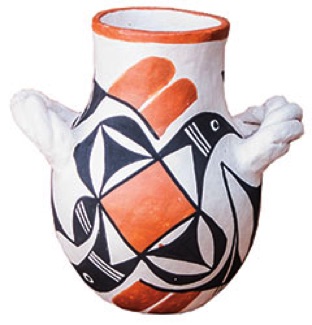 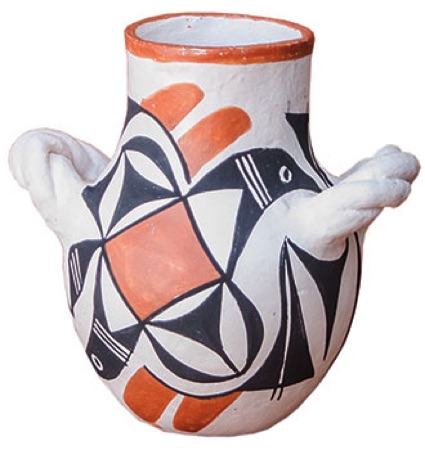 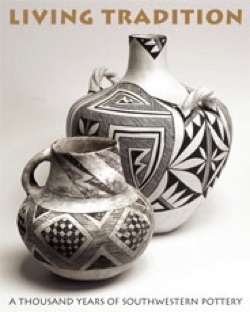 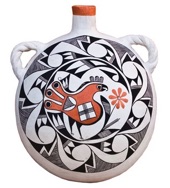 The canteen that's now at the Haak'u Museum at Acoma