This is a fine, important piece by one of the most famous Hopi potters. Full-sized Hopi ollas are relatively uncommon, much less so, ones made by a legendary matriarch. Paqua Naha was the original Frog Woman. She worked primarily in yellowware, as on this piece, but in the early 1950s, she developed a whiteware style. Her daughter Joy Navasie (1919–2012) assumed the Frog Woman title after Paqua's death. Joy and her sisters-in-law Fawn Navasie (1920–1992) and Helen Naha (1922–1923), who became known as Feather Woman, continued and refined the whiteware pottery that Paqua had experimented in her last years, and they and their children and grandchildren established a major pottery dynasty. We've always had a special fondness for the seven matriarchs the Maxwell Museum selected in 1984 to represent the highest level of the art. They chose two from Acoma (Lucy Lewis and Marie Chino), two from Santa Clara (Sara Fina Tafoya and Lela Gutierrez), two from San Ildefonso (Maria Martinez and Rose Gonzales) and only Nampeyo from Hopi. Witn 20/20 hindsight, we can see clearly that Paqua shoulod have been the eighth matriarch, alongside Nampeyo.

This is a genuine opportunity to own a truly major piece, and we may never see another like it. It appears on page 79 of the Second Edition of Southwestern Pottery, Anasazi to Zuni.

Very good condition except for the paint wear 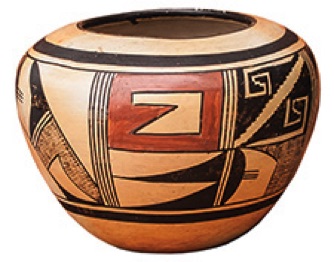 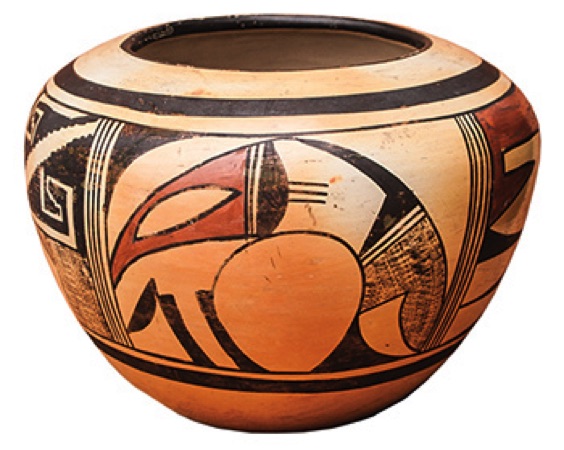 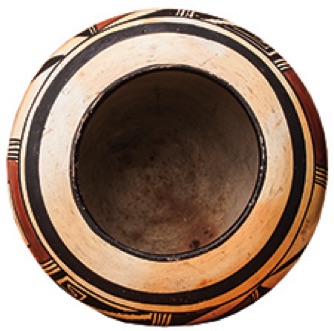 Psqua's signature. Her frog has toes, while Joy's frog has webbed feet.