We're always determined to bring you the old and unusual, and this is the poster child for the concept. It's more than a hundred years old, and it's a hands-down winner for the unusual part. The fact that it's white and black on red is unusual to begin with. The Zuni made white on red pieces in the 14th and 15th centuries, then stopped making them until around 1890. The genre became stylish for a few years, then disappeared as fast as it came, around 1905. However, the creatures are what really sets this apart. During the late 19th century, the Zunis made a lot of jars with water symbols, and many had appliqued sculptured frogs near the rim. However, we've never seen another one with appliqued avanyus. Also, many had dragonfly symbols, like the ones on the side of the jar below the avanyus, but they didn't have bird biplanes. We'd have thought they were unique if we hadn't seen another on an 1880 pitcher. If these aeronautically unsound creatures did manage to fly around Zuni in the late 19th century, we only wish we could have seen one, perhaps with an avanyu in its beak.

When we got this, one of the avanyus had a broken-off cowl, mane, ruff or whatever it is that's around its neck, and it's been reconstructed. In the big picture above, it's the one on the left and in the two pictures on the left below, it's the one nearest you.

This has reconstruction on the avanyus as noted. 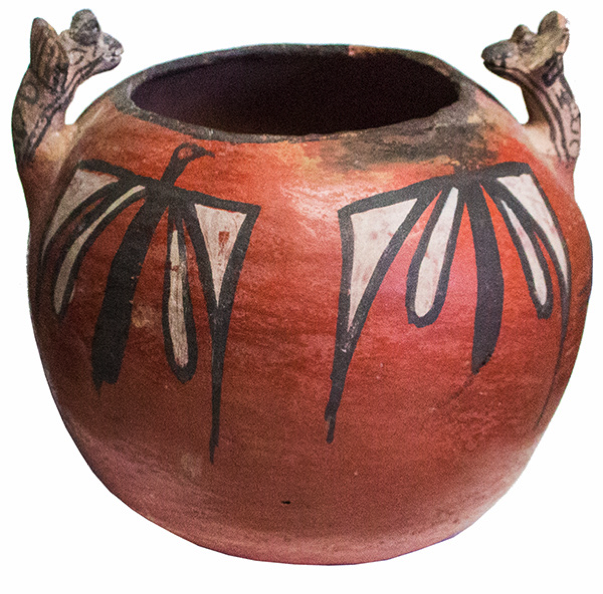 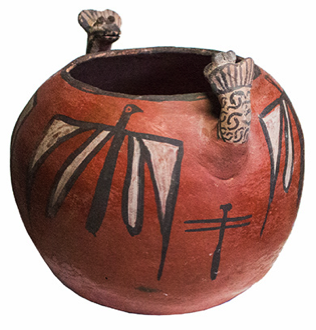 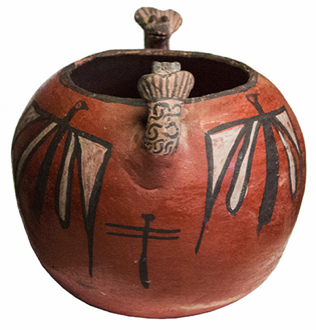 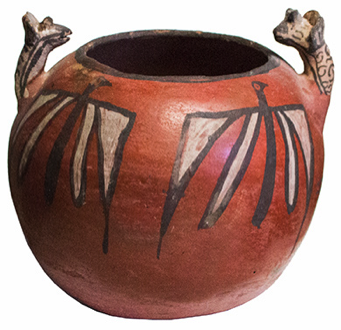 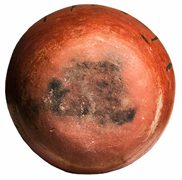 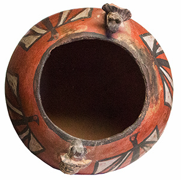 An 1880 example of the species 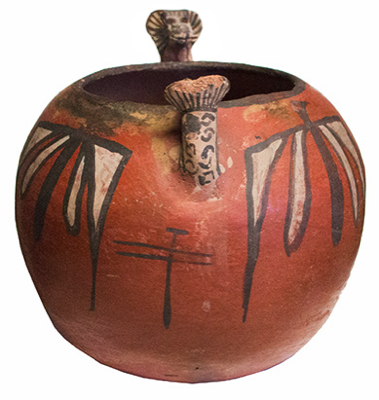