No collection is complete without a piece from Eudora Montoya. She was the best-known Santa Ana potter and the one who stood at the center of its 1972 revival. She and an interested Anglo, Nancy Winslow, organized a group of student potters, and Eudora and her students kept the pottery alive into the current century. The good news about this piece is that it's a good-sized signed example, right down the middle of Eudora's work and more sure-handed than some of her pieces. The not-so-good-news is that somewhere along the line, it got broken and reglued. Now it's restored, and you'll need to look inside it to see clear evidence of its misfortune. We talk about Eudora and her students on pages 156 and 157 of our Second Edition of Southwestern Pottery, Anasazi to Zuni, and we felt she was so important that our co-author John Blom included her in his book dedication. 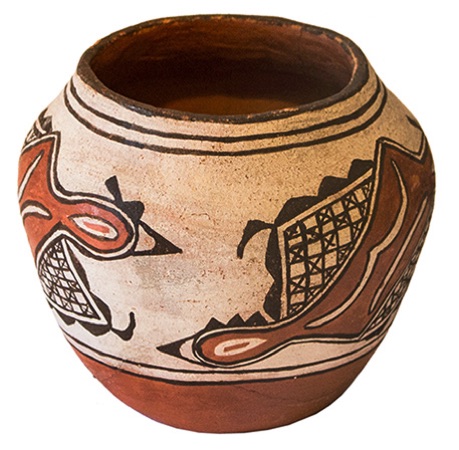 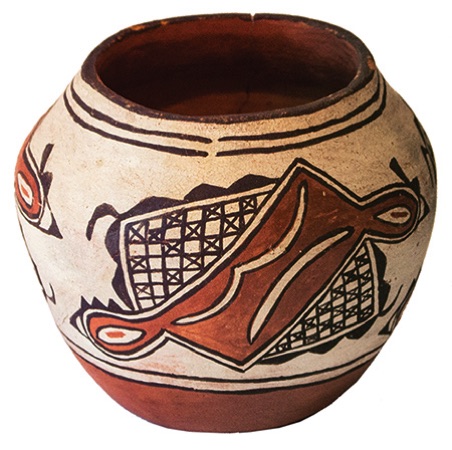 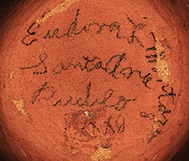