This is a piece for a knowledgeable collector. The attribution on this jar, supported by experts, comes primarily from what we know Nampeyo did as she was losing her vision. From the late 1910s through the 1930s, Nampeyo formed the pieces and had other family members decorate them. As her eyesight failed, the tactile rather than the visual part of pottery-making became more important to her, and a greater portion of her pieces had sculptural elements. This piece is right down the middle of what she did for a few years while she was adjusting to her condition. There's no characteristic to the painting that suggests an attribution. It could have been done by any of her daughters—Annie, Nellie or Fannie—or by Annie's daughter Rachel, or even by Lena Charlie. What makes this jar Nampeyo is the form: the snakelike fillet surrounding the neck and the indentations just below the rim.

This isn't what an unsophisticated collector expects from Nampeyo. It's light years removed from the Sikyatki revival pieces she made at the peak of her career that influenced Hopi pottery from 1900 on. Instead, it's a reminder that you can't pigeonhole artists by what they did at one point in their careers. Until you've examined a piece like this, you won't have a full understanding of Nampeyo.

Condition very good except for hair crack around base, probably a result of firing. It shows its age a bit. 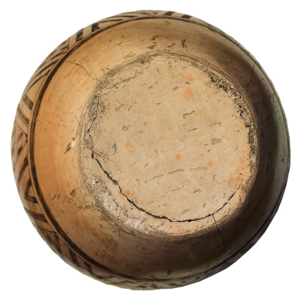 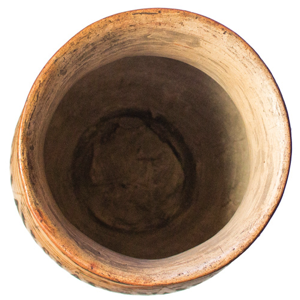 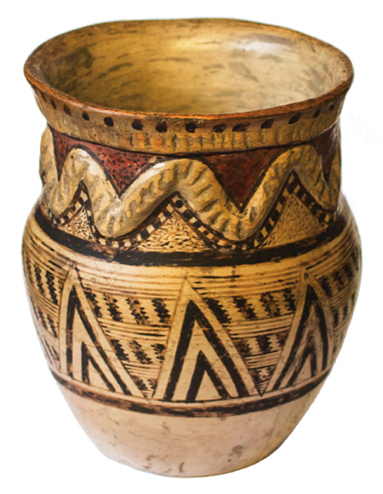 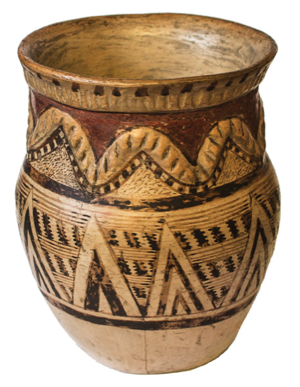