This is a large, beautiful piece in an uncommon shape. It has right-down-the-middle Nampeyo-style eagle feather design that displays the Sikyatki Revival at its finest and appears often on Hopi pieces across the 20th century. We put the 1930 date on it because around that time, Mary Colton of the Museum of Northern Arizona hectored Hopi potters into using a stronger red paint because it made their pottery more saleable. Most pieces from the 1920s had a thinner red. Many potters could have made this. It has no signature or symbol and it's impossible to attribute, but a fine potter made it, and that potter could well have been in the Nampeyo family. Some collectors mignt see the exaggerated color variation from an uneven firing as a blemish, but to our eyes, it just adds character. The most remarkable feature of this piece is the subtle grace of its shape which takes it far beyond the ordinary. 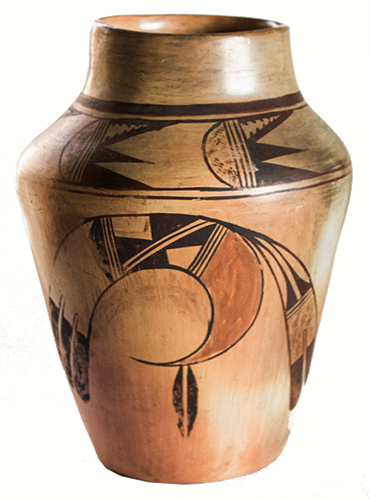 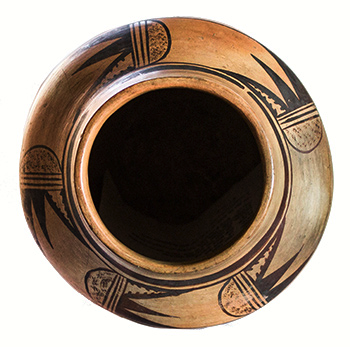