Kathy Pino was a superb Zia artist who lived in the shadow of her better-publicized sister, Seferina Bell. Kathy had a stroke several years ago and stopped making pottery. Although this is unsigned, we're sure of the attribution. Through our years of collecting, our admiration for Kathy's work has grown exponentionally. We believe she might have been the most imaginative painter at Zia in the mid-20th century, and we continue to search for her pieces. This is the fifth unsigned piece we've had by Kathy, and they all helped us to learn to recognize her work. Three clues identified this one. First, she used her preferred gray paint instead of the usual Zia dark brown or black. Then, it has a smooth, clear surface which in itself sets it apart. Other Zia potters of the period, including her sister, didn't mix their clays as well and their pieces spalled. And third and easiest to spot, the wing treatment on her bird. Zia potters do all kinds of wonderful things with their roadrunners, but these overlapped wings seem to be a Kathy trademark. Kathy's work almost never appears in books, and we we've learned about her in small bits and pieces, most recently by viewing an admirer's collection gathered in the 1980s. You'll see three different-looking pieces in our Second Edition of our Southwestern Pottery, Anasazi to Zuni, and there are a couple of pieces in Bill Mercer's hard-to-find 1995 Singing With the Clay, published in connection with an exhibit at the Cinncinnati Museum of Art.

We think of Kathy as Zia's greatest ignored potter.

KATHY PINO BIRDS: The second and fourth appear in Singing with the Clay. The others are attributed by us and two were confirmed by an expert who knew her. 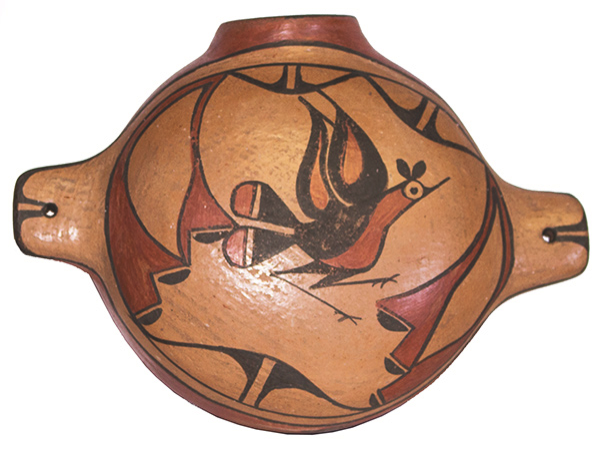 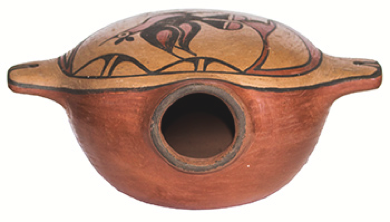 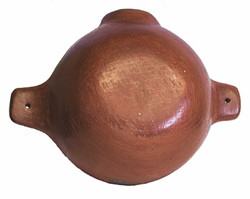