Sometimes, we'll buy a piece more for the potter than for the pot. This one, we bought for the family. Before Stella and the Teller family achieved fame, there were the Jojolas, Isleta's preeminent pottery family for decades before. Schaff's  Southern Pueblo Pottery lists fifteen Isleta and Isleta/Laguna Jojolas, going back to one born in 1860. This doesn't mean you'll have an easy time finding Jojola pottery. In our thirty years of collecting, we've found just three examples: this one, another by Dora that Schaaf's book pictures on page 157, and a remarkable piece by Deborah, a highly regarded artist on the UNM faculty who's known more as a glass worker and sculptor than as a potter. We show Deborah's avanu water jar in both editions of our Southwestern Pottery, Anasazi to Zuni. This piece has its own importance. It's covered with Laguna-inspired designs on a dead-white slip, a pure reminder that the Isleta polychrome pottery that first appeared around 1900 was introduced by disaffected Lagunas who brought their white slip and their designs with them.

No Isleta pottery collection can claim any degree of completeness without the Jojolas represented. This is a chance to have a really good big one at a rock-bottom price. 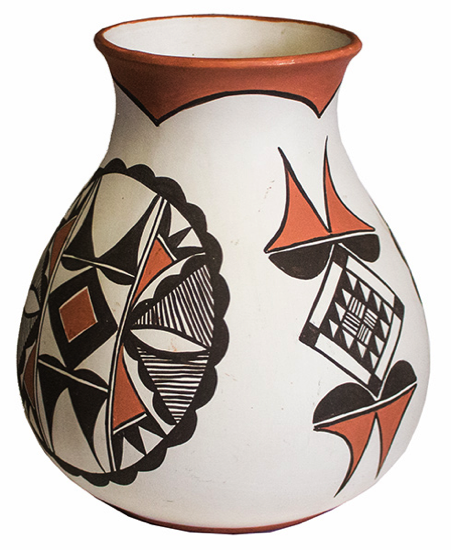 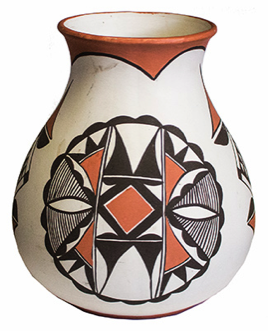 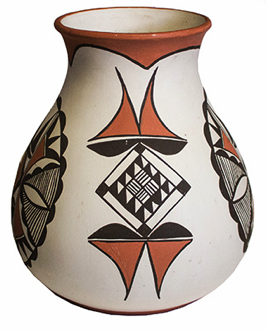 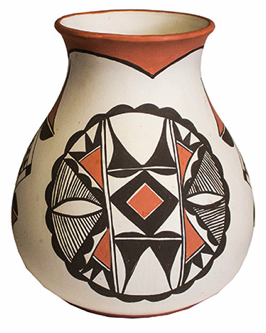 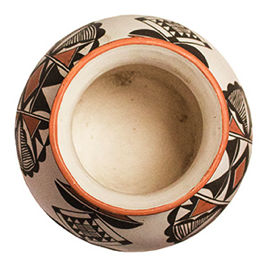