Some pieces tell you what they are, clearly and quickly. Others make it difficult. There's been a lot of research done about historic pottery, the scarce 18th and early 19th century pieces made for Pueblo use, but there's still much to learn. This large, well-used olla with one worn-off side doesn't fit the categories as neatly as we'd wish.

It was sold to us as Ranchitos Polychrome by dealers who'd researched it with experts. We have a lot of questions about that, but none strong enough to overrule the original conclusion. Ranchitos Polychrome, according to the books, was made at Santa Ana between 1760 and 1825. When you Google Ranchitos Polychrome, you get the Office of Archeology Studies 2014 Typology Project, and Alan Ferg and the late Frank Harlow are the only two references cited. We showed this to Alan Ferg, and if anyone should know, he should. However, he didn't. In an email, he said "you'll show it to five people and get seven or eight different answers."

Well, there's only one of us, and here's ours. This has a globular shape consistent with Ranchitos, which differs from the contemporaneous Zia San Pablo Polychrome because it has sand temper rather than the Zia black basalt. This has a bit of both, but more sand than basalt. This has a faint trace of a black rim, which, if it's Ranchitos, should date it after 1800. The design feels more Santa Ana than Zia and has a lot of the characteristics that the Typology Project attributes to Ranchitos. This has an indented base, which we think probably points to a post-1800 date. Most of the pictured samples and all of the later ones in Harlow's The Pottery of Santa Ana Pueblo and The Pottery of Zia Pueblo had a polished red band above the underbody, and this doesn't. Conventional wisdom tells us that the red band was universal in the eastern Keresan Pueblos until they all agreed to stop using it in 1930, but there's no way that this is a post-1930 piece. As one of our favorite mentors, the late Ron Milam used to say, "the trouble with those old guys is that they didn't bother to read the books and learn what they were supposed to make."

So that's our story, and we're stickin' to it. This is definitely Ranchitos Polychrome circa 1820. Unless somebody comes along who knows better. 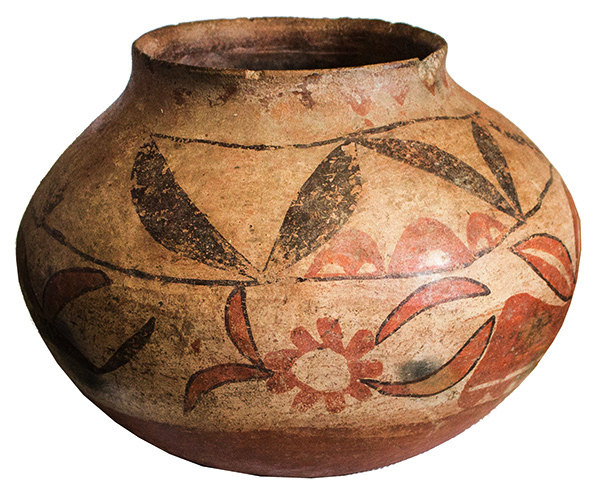 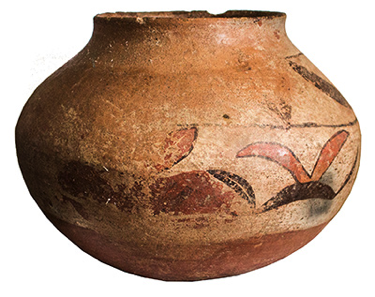 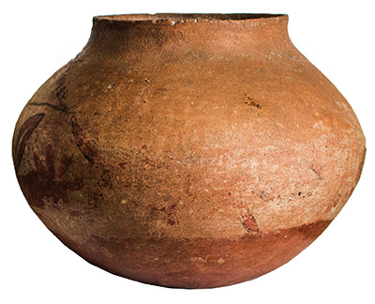 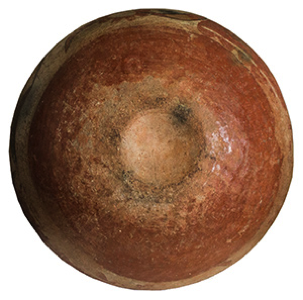 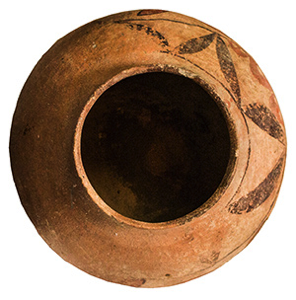