We bought our first orange piece by Hubert (the one on the left below) in 1992, and we were blown away by the color and finish. At the time, we had no idea how Hubert Candelario's work would progress as time went on. By 2000, he was world famous, and the pictures below explain why. By the mid-1990s, he was making these swirl jars, and they established his reputation as a pottery sculptor. His experimenting continued, bringing surprise after surprise and culminating in almost-impossible-to-make pieces that no one else has ever attempted. The pictures above show you all you need to know about his swirl jars, always perfectly round, perfectly symmetrical and perfectly finished. This softball-sized one has a logical quirk. There's almost no place to sign it on the outside, so he gave us a full signature on the inside. His signature pieces are always orange, but this has a little more magic than usual. He made it on Halloween.

There's a globular swirl seed jar on page 111 of the First Edition of our Southwestern Pottery, Anasazi to Zuni. The cover and page 145 of the Second Edition show the jar in the middle below, done in 1998.

NOTE: We put this on the site and sold it at a show at a higher price. Then, before the buyer took it away, my son noticed that the tip of one of the swirls was missing. The arrow points to it in the picture below. The buyer decided not to take it, and here it is again, still as he bought it, for $200 less. 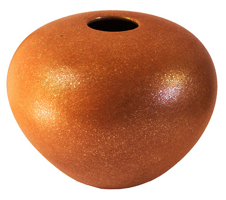 WHERE THESE STARTED AND HOW FAR THEY WENT 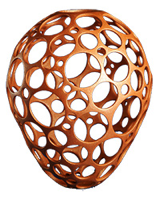 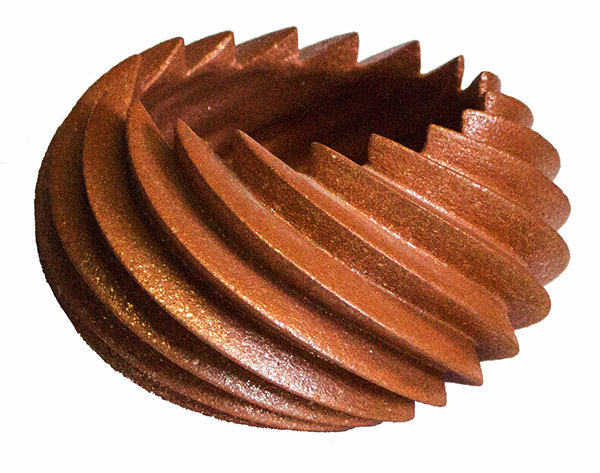 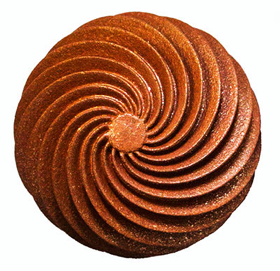 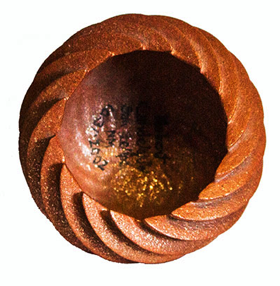 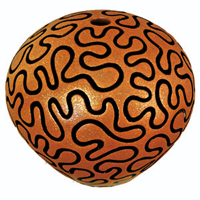 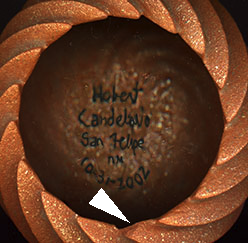