Put simply, this is magnificent, the greatest Taos pot we've ever seen. It's big, it's by the greatest traditional Taos potter, it has a beautiful, unexpected shape, it's immaculately crafted, and when you pick it up, it's astonishing. It's feather light, beyond anything we can think of from Acoma. Perhaps the marvel of its manufacture comes from the fact that Angie is largely self-taught. As a child, she lived a few years with her Taos grandmother, and her mother and grandmother, Mary and Isabel Archuleta, introduced her to traditional pottery techniques at an early age. They had a small craft shop at the Pueblo, and it gave Angie the opportunity to study all the traditional forms. Angie finds her micaceous clay in the sacred places at the Pueblo, forms her pieces in the traditional hand-coiled manner and fires outside with wood bark or dry cedar. To Angie, the fire clouds that result are part of the unique design of each piece.

Whoever buys this will have an important piece of art whose intrinsic quality transcends any questions of style or origin. 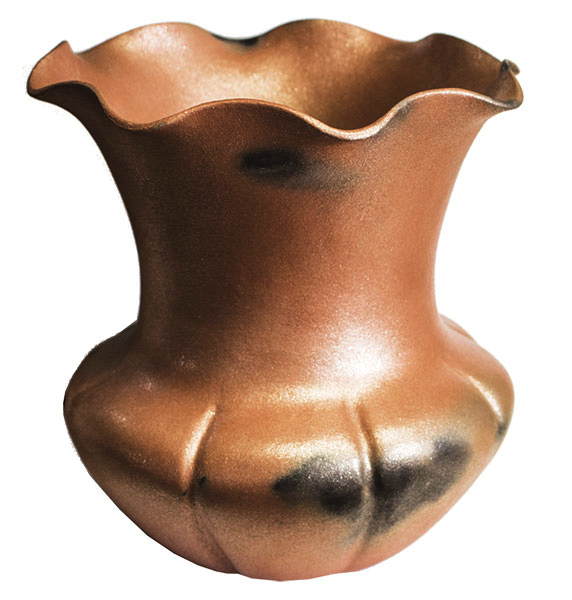 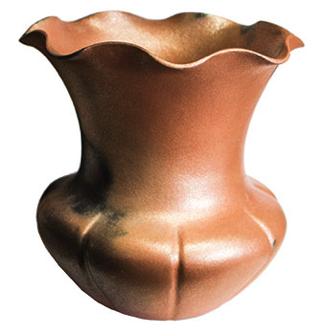 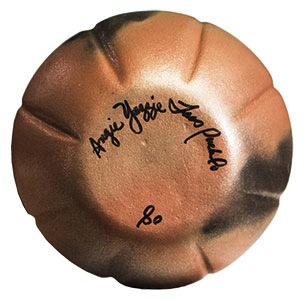 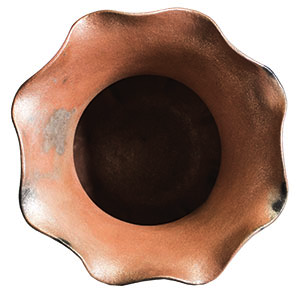