A big, important piece. This came from a collection gathered in the 1920s and 1930s and stayed in the family until they called us. We gave it the 1925 date because it has the red band below the decorated area that the books tell us disappeared after 1930. One thing we've learned about old Zia pots is that no two are ever alike, even though they use the same design elements again and again. They'd put them together to produce that's something that's close to unique—a trick Zia potters managed over and over. You can see the phenomenon in the group photo on page 185 of our Second Edition of Southwestern Pottery, Anasazi to Zuni and marvel at the way early-century Zia potters used the same elements and made totally different pieces. Even though we've seen this roadrunner and these flowers a hundred times on Zia pieces, Harlow & Lanmon's encyclopedic The Pottery of Zia Pueblo doesn't have a jar that looks quite like this, and we've never seen another where the bird stopped running so he could smell the flowers. Another thing that sets this apart is the almost total disregard for other added elements. A few pendent triangles below the rim and some scallops above the base don't interupt at all. In its own lighthearted way, this is a wonderful piece.

Excellent condition for its age. In case you hadn't noticed, some helpful person informed us that this is a Zia pot by writing on the underbody. 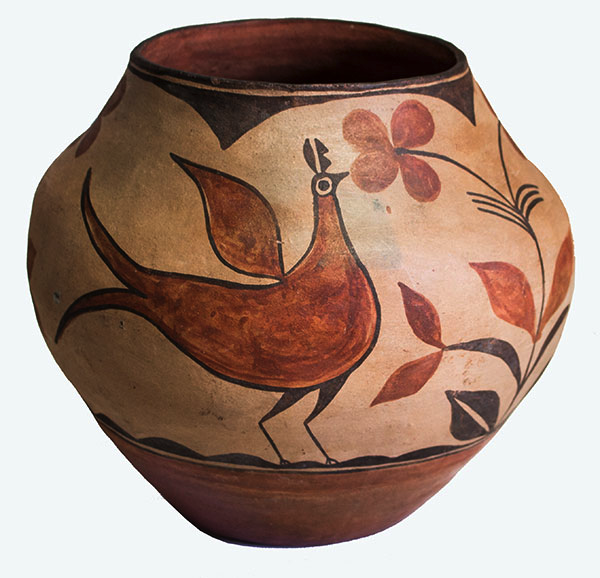 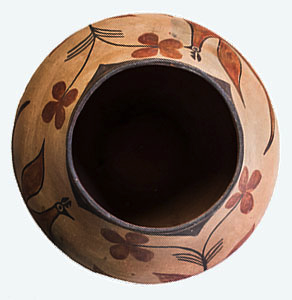 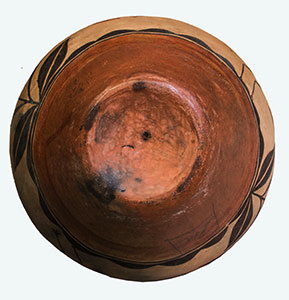 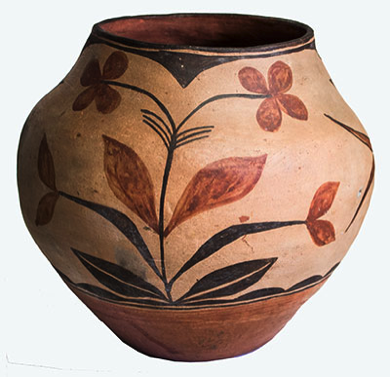 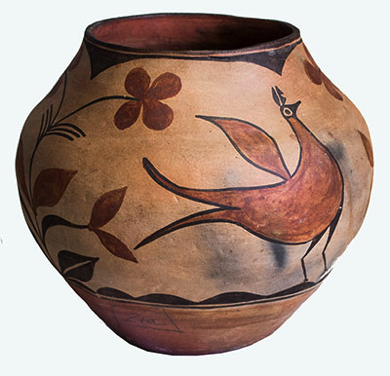