This is a standard Hopi tourist piece from the 1930s. They called the shape a "tulip vase," and it has little to do with Hopi pottery traditions. The shape was borrowed from the art pottery of the day, and the Hopis decided it was something the tourists wanted. Few other pueblos agreed, and if you see another one of these from before 1940, it's almost a certainty that it'll be from Hopi. Two things about this are worth noting. Its 5" height is about as small as these come. Much smaller, and it would be a useless vase. Also, we can be pretty sure of the date. This came from a collection gathered in the 1920s and 1930s and stayed in the family until they called us. It's almost certainly post-1930 for a reason that has little to do with Hopi pottery traditions and everything to do with market pressure. During the 1920s, The red paint on Hopi pottery got so thin and weak that Mary Colton of the Museum of Northern Arizona laid down the law to Hopi potters: Clean up and strengthen your red, or the Museum won't show or sell your work. This is definitely a Mary Colton red.

Condition acceptable considering its age. Slight surface damage from uneven firing and some paint touch-up. The crack on the base is a firing flaw that doesn't affect the integrity of the piece. 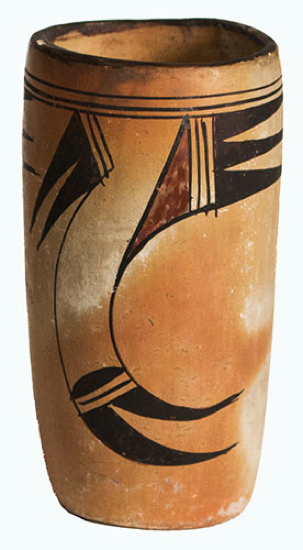 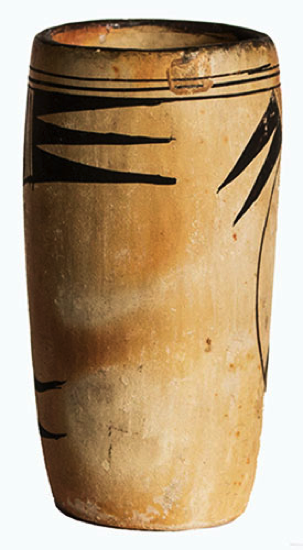 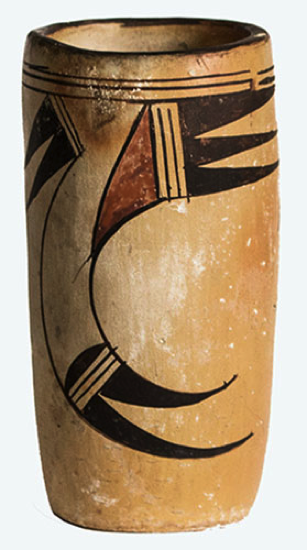 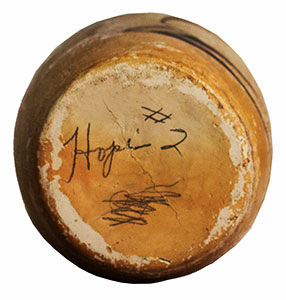 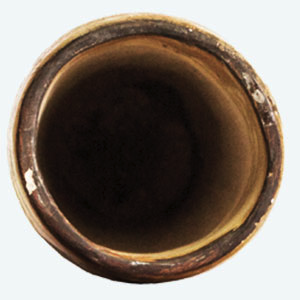