The most unusual thing about this well-done piece of "Maria" pottery is its source. We expect these from San Ildefonso and accept them from Santa Clara, but one from Nambe is a real surprise. However, it's not as much of a surprise now as it was when we bought it. The sellers gave us a convincing-looking piece of paper with dates and genealogy for Marie Herrera telling us she was born circa 1900 and died in 1934. That would have dated this piece around 1930 and made it truly remarkable for its time. However, further research told us that if the Marie Herrera who made this pot died in 1934, she died nine years before she was born. Schaaf's Pueblo Indian Pottery gives us Marie's 1943 birth date and 1980s–1990s Indian Market presence, and an Internet search showed us similar pieces by Marie. That information confirms what the pot really tells us. It has all the Maria bells and whistles—the size, the avanyu, the knife wings, the stone-polished signature—and condition better than we'd expect from a ninety-year-old piece. We're pretty sure that nobody knocking off Maria from a neighboring Pueblo in 1930 would have got all those things right. 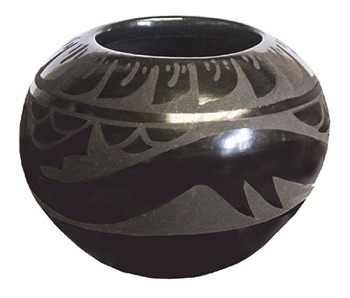 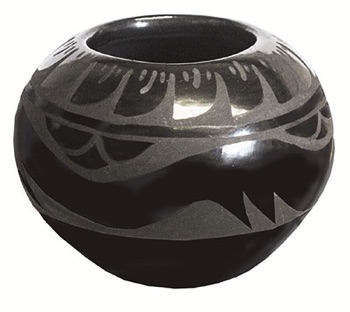 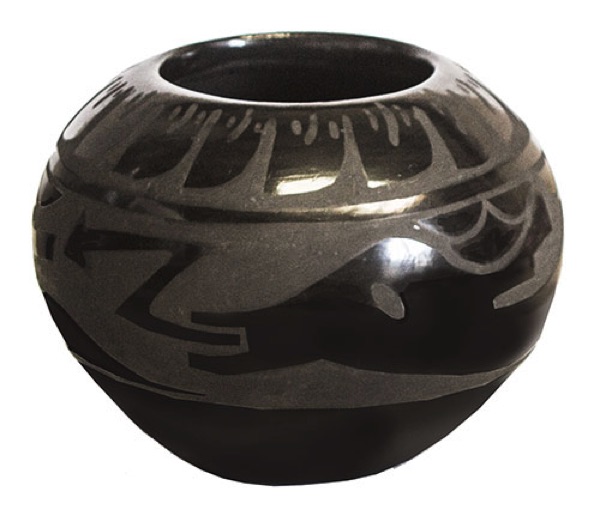 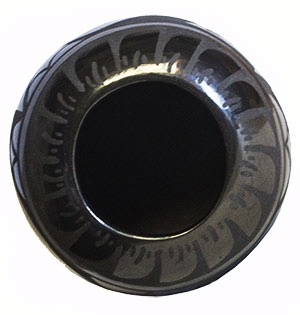