This monumental piece is a breathtaking example of Kewa "Aguilar pottery," a heavily painted style developed by two sisters, Felipita and Asuncion Aguilar, in the early 20th century. This is in Asuncion's style. There's little information about the sisters, who according to one account, stopped producing the style around 1915. Other potters including Robert Tenorio and his sister Hilda Coriz revived the style in the 1990s, and it's been prized ever since. In August 1919, Santa Fe's prestigious Adobe Gallery had a large exhibit of the style with pieces by both sisters and their later followers. We were told Darrin is a grandson, but Schaaf's encyclopedic Southern Pueblo Pottery only gives Darren'is parentage, so we can't tell you which sister was his grandmother, or if in fact either was. Darrin's S.D.P. signature tells us that even though his Pueblo is now named Kewa, this remains a Santo Domingo style. Grandson or not, you'll never find a more dramatic example of the style.

Excellent condition except for insignificant scuffs on bady and base. Three on the body have been repaired and the ones on the base remain. 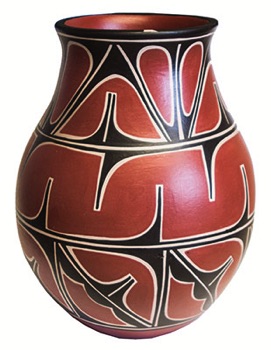 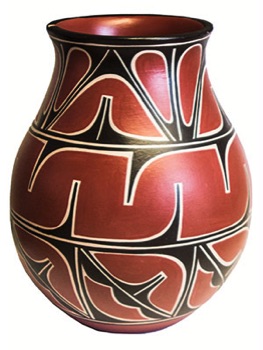 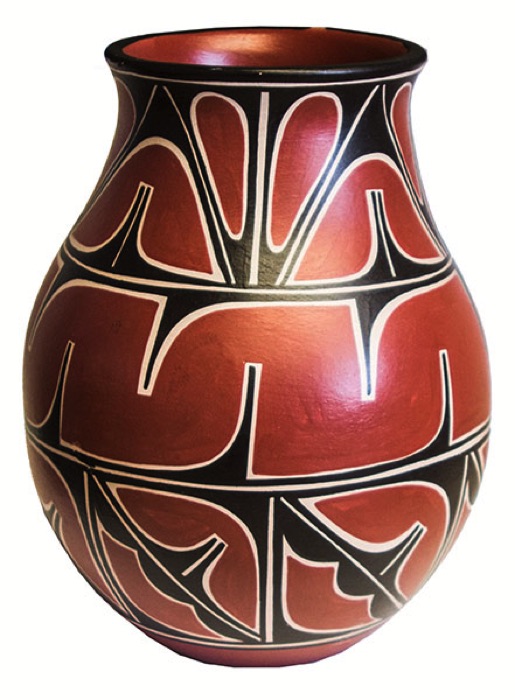 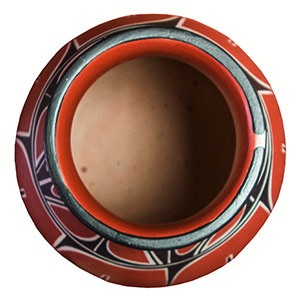 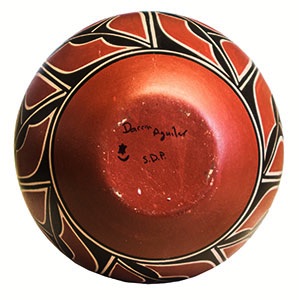