Lois, the eldest daughter of the Zia matriarch Sofia Medina (1932–2010), worked on her own and with her mnother until her untimely death in 2006. According to Schaaf's 2002 Southern Pueblo Pottery, Lois cherished the pottery tools her grandmother gave her, but felt they were too precious to use. Lois was an important Zia potter, but was somehow overlooked in Harlow & Lanmon's 2003 The Pottery of Zia Pueblo.

At Zia, figurative pottery is rare to the point of being almost nonexistent, and exuberantly decorated bears like this one seem to have been exclusively Lois's contribution. About the only other figurative pieces we've seen from Zia are similarly formed turtles that her mother, her sister-in-law Elizabeth and her niece Kimberly occasionally sat on jar lids. You can see a similar Lois bear on page 187 of the Second Edition of our Southwestern Pottery, Anasazi to Zuni, then turn the page and see one of Elizabeth's lid-top turtles on page 189. We gave this the 1983 date because that's when she made the one in the book. 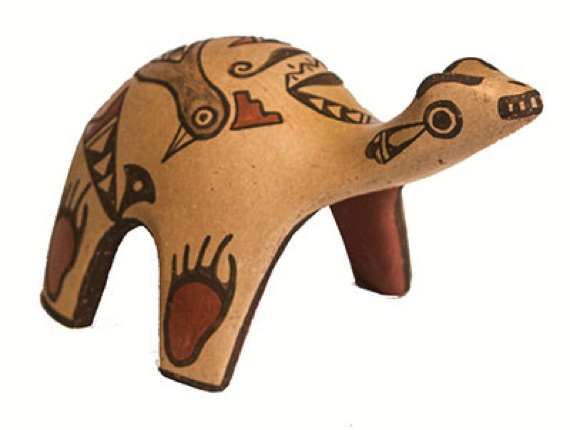 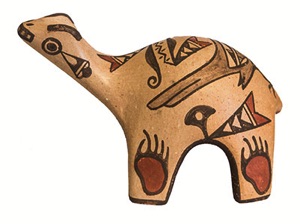 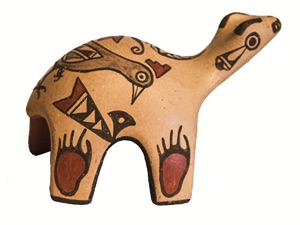 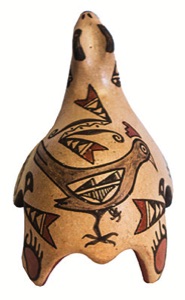 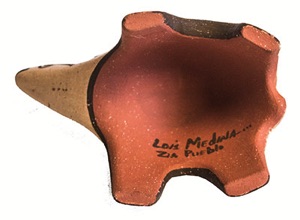