We occasionally talk about how pots speak to us. On our last trip to Santa Fe, some sang sweetly, some stated their case in a polite, matter-of-fact way, and some just mumbled. This one yelled so loud that it wouldn't let me out of the gallery until I paid a lot for it. Several things grabbed me. First, the big bird and the uncommon orange background drew me in. The books tell us that background is pretty much confined to the 1920s. Then the diagonal slash did the rest. It's the exclamation point in the design, an element that dates back to the early 19th century, seldom appears on later pieces, and never in my experience on a big bird, orange background piece. The dealer pointed out the odd tail design that shows up in the center of the upper right picture and we agreed that neither of us had ever seen it before. In the minute or two it took me to absorb all this, the rim wear became irrelevant. Simply, I'd never seen a Zia olla anywhere near this dramatic, and I had to bring it home. 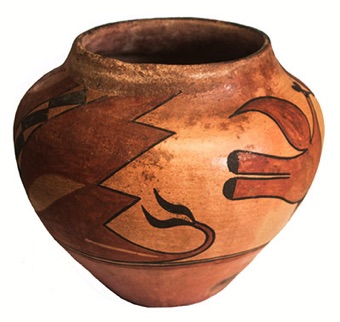 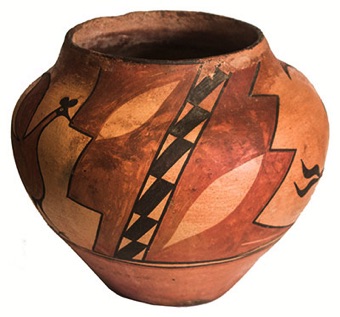 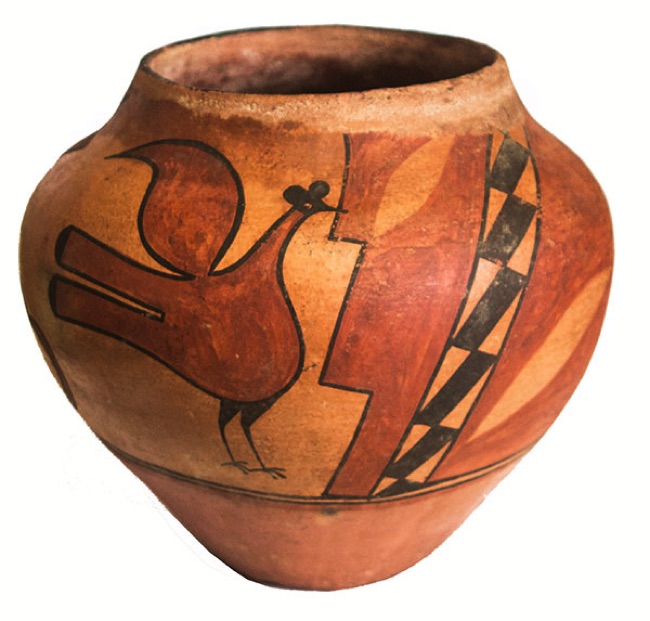 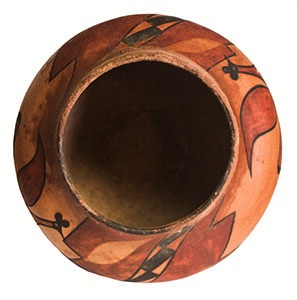 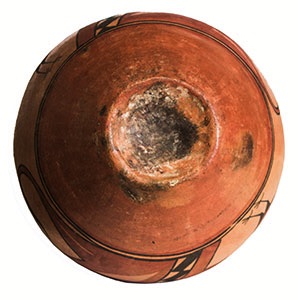