It's hard to find much written about Robert Vigil, which has more to do with his quiet, unpretentious persona than it does with the quality of his pottery. We're told that he began potting in 1990, learning from major players: Juan Tafoya of San Ildefonso and Virginia Gutierrez and his uncle, Lonnie Vigil, of Nambe. His uncle, of course, achieved worldwide fame, and has a personality to match. However, if you ask us, despite his uncle's reputation as the master of micaceous pottery, we're even more impressed with Robert, and we've been impressed by his work ever sinc we first met him in 1994. He does things with micaceous clay that no one else attempts. He gives it a high polish, difficult enough by itself, then makes thinner pieces than anyone else makes and then, despite their thinness, carves them. You'll see some of his remarkable pieces on pages 118 and 119 of the Second Edition of our Southwestern Pottery, Anasazi to Zuni. This canteloupe-sized jar doesn't have quite the thinness we've come to expect from him, but it has every bit of his fabulous workmanship. You'll never find an undecorated pot with a more perfect surface. A major bargain. 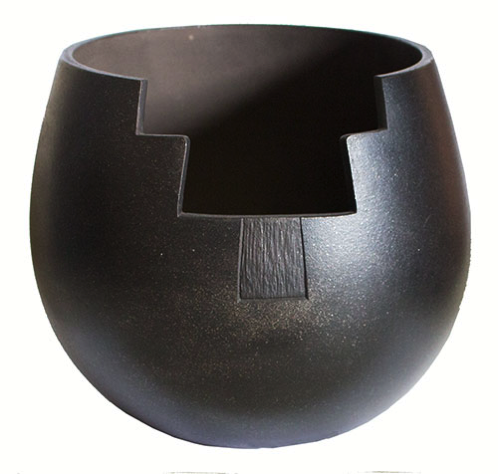 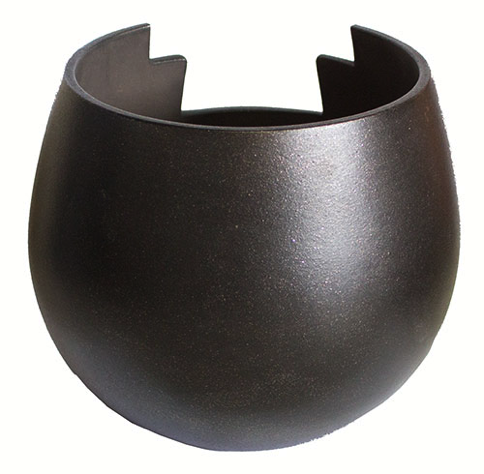 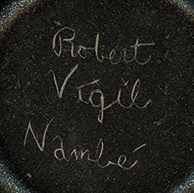